City hopes to end homelessness by 2020 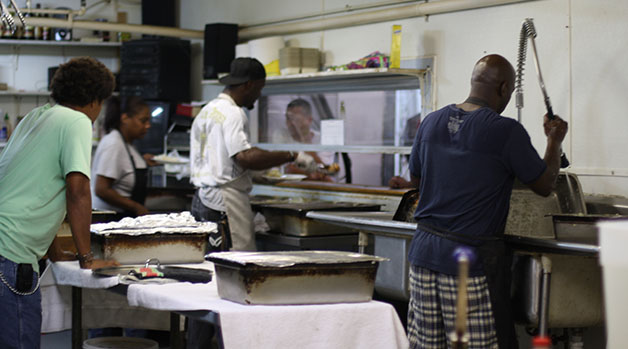 The mayor of New Orleans plans to put an end to homelessness by 2020.

Announced in 2011, Mayor Mitch Landrieu’s Ten-Year Plan to End Homelessness in New Orleans is halfway to its deadline. The plan was devised to benefit the individuals left without a home following the aftermath of Hurricane Katrina.

According to the mayor’s office, the number of homeless individuals in New Orleans has doubled since Katrina and up to 6,500 people could be living on the streets every night. These individuals include youth, families, war veterans and mentally ill citizens.

In a press release from Nov. 28, 2011 Landrieu said ending homelessness in New Orleans is a priority for him because after Hurricane Katrina about 1 million people were displaced and 70 percent of all occupied housing units were damaged.

The mayor also said he partnered with the Departments of Housing and Urban Development, Labor, Justice, Veteran Affairs and Health and Human Services to ensure that the plan is carried out with efficiency and in a timely manner.

Eileen Lee, director of Housing and Community Development for the City of New Orleans, said the plan was able to bring various organizations together to provide the most effective care and aid.

“We also created the New Orleans Interagency Council on Homelessness which is comprised of leaders from more than 60 service providers, including UNITY of Greater New Orleans, VA, and Continuum of Care,” Lee said. “Now, all the players from business, criminal justice, health care, higher education, faith-based, government, nonprofit, neighborhood and philanthropic sectors are at the same table and on the same page.”

Lee said that according to the US Department of Housing and Urban Development’s 2014 Point-In-Time Survey, there are currently 1,981 homeless people in Orleans and Jefferson parishes. This is a 15 percent drop from 2013 and an 83 percent drop from 2007.

A survey conducted by UNITY of Greater New Orleans, a non-profit organization working to provide housing for the homeless, revealed that 204 families with children were homeless. These individuals reported that they sleep in their cars, on the streets or in abandoned buildings while others reside in temporary housing, such as emergency shelters or transition housing.

Petrice Sams-Abiodun, executive director of the Lindy Boggs National Center for Community Literacy, said she applauds the mayor’s leadership for taking on this difficult and important issue by creating a roadmap to address the issue of homelessness in New Orleans.

“The proposed approach of bringing together a diverse group of stakeholders such as service providers, mental health, veterans, housing and homeless coalitions and the business community is a best practice strategy that many other cities are using to address homelessness,” Sams-Abiodun said.

Laura Cordel, sociology junior, said that while she commends the mayor’s efforts, she believes the city should also focus on the issues surrounding homelessness.

“From what I’ve seen, these people, their issues aren’t just homelessness, it’s like certain issues lead to their homelessness, be it like drug abuse or alcohol abuse or them just trying to get away from a certain situation,” Cordel said. “I think that treating those emotional abuses should come firsthand to just giving a person a home.”

According to the mayor’s office, veteran homelessness, which Mayor Landrieu said he considers a top priority, was ended last year.