Loyola tells the story of Elijah at Temple Sinai 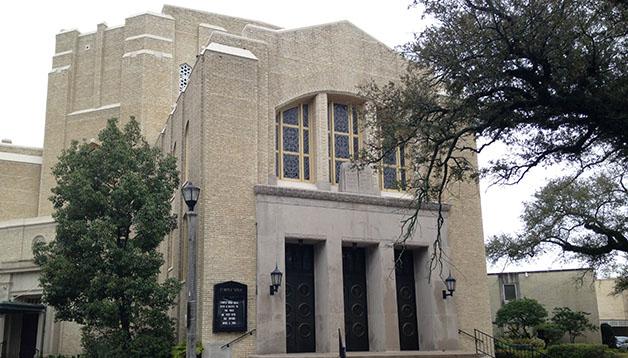 Temple Sinai, neighbor to Loyola University, is partnering with several Loyola voice professors and the Louisiana Philharmonic Orchestra to present Felix Mendelssohn’s “Elijah.” The performance will take place on March 14.

In collaboration with Temple Sinai, Loyola will be staging a performance that retells the Biblical story of Elijah.

The performance, which is based on a histrionic oratorio written by Felix Mendelssohn, will be presented in the form of a concert instead of a typical staged production. It will take place at Temple Sinai on March 14, and the tickets for general admission are $20.

The Louisiana Philharmonic Orchestra will join the Loyola Chorus and Chamber Singers for the performance, and Loyola’s own professor Meg Frazier will conduct.

Frazier said that the preparations for the performance began many months in advance, as it is a major choral-orchestral work.

“The choir has been rehearsing this during our regular class time since January. I’ve been studying the work since last summer, as it was new to me. The soloists have been practicing since last semester,” Frazier said.

She added that she is particularly excited about the Louisiana Philharmonic Orchestra joining them for the performance.

“The Louisiana Philharmonic Orchestra is an amazing group of musicians. They play with artistry, and I don’t use that word lightly,” Frazier said. “The musicians who will be joining us are professionals in every sense of the word — technically proficient, disciplined and warm and friendly.”

Smith said what makes this perfromance so epic is the number of performers coming together to  make it happen.

“And not to mention that the part of Elijah is one of the most difficult things to sing in the entire oratorio repertoire,” Smith said.

He added that the audiences will not only be hearing wonderful music from an all-star cast, but they will also hear the magnificent sound of Loyola’s Chorus and Chamber Singers.

“Plus, the Louisiana Philharmonic Orchestra will prove to be awe inspiring. Mendelssohn’s Elijah is a heartfelt and dramatic setting and one that should not be missed,” Smith said.