This year the Loyola University women’s volleyball team is looking to bounce back strong from a subpar season last year.

The team went 13-21 (6-13 in conference) last season. This year’s team will feature a mixture of both returning players as well as a large recruiting class of nine new players.

Many sophomores and juniors were thrown into the fire last season and saw a lot of court action, something that may bode well for this year’s team as they try to improve upon their success from last season.

“I think it’s going to make them a lot hungrier to win and with that experience they’re going to know what to expect on the court,” said Head Coach Angela Franke.

Along with their returning players, the team will also see an influx of new talent as they look to rebuild behind the strength of its nine member recruiting class.

“The most important thing they can learn as a group is to work together and just find ways to push through tough matches, tough practices, and conditioning. With all these new players I expect them all to step up and really want to earn their position on the court and, if they do that, I think they’ll be very successful,” said Franke.

Breanna Stevenson, accounting senior, has also expressed confidence in the new group of freshman joining the team this season.

“I think they’re eager to play and very hungry, so they’ll do fine,” Stevenson said.

Though the team’s record will not be totally dependent on how this year’s recruiting class does in its first year, the freshmen appear to be confident that they contribute to the team’s success.

“I know the freshmen class does have height and, as I can tell already since I’ve been here, everybody’s so strong and we can be a big asset to the team,” Allison Hartmann, kinesiology freshman.

Contrary to last season, the team has made major strides in both depth and experience, according to coach Franke. She also says that the team is returning with more enthusiasm and leadership.

The Wolfpack will begin what they hope to be a very successful season on Aug. 26 as they face Mid American Christian Jarvis Christian College. 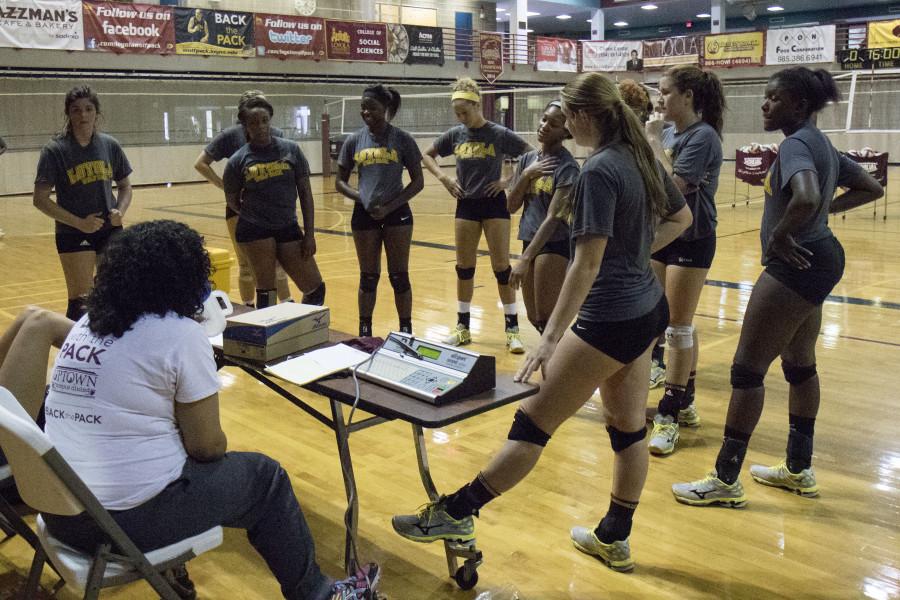