People or pets, family is family 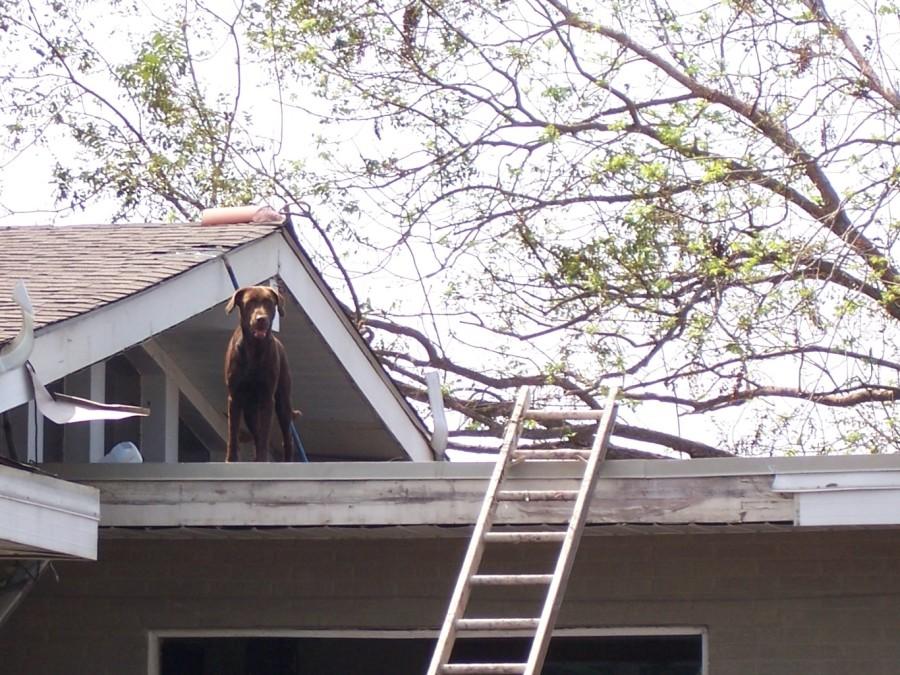 A dog tries to stay above water on the roof of a house as Hurricane Katrina floods the Lower Ninth Ward. The Humane Society of the United States, Animal Rescue New Orleans and the Louisiana Society for the Prevention of Cruelty to Animals came to New Orleans after Katrina to evacuate animals left behind after the storm. Photo credit: Terri Steuben

Amid the overwhelming chaos and dislocation left behind by one of the five deadliest storms in U.S. history, appalling images of abandoned animals flooded mainstream media and caused national outcry demanding a law on how animal welfare groups approach disaster relief rescues.

Ginnie Baumann, A’87 and animal rescue of New Orleans’ vice president, said that days before the storm reached New Orleans, thousands were forced out of their homes under a mandatory evacuation called by the city’s mayor; however, thousands refused to leave their pet companions and chose to stay behind.

According to Baumann, in a study conducted by the Fritz Institute post-Katrina, nearly 44 percent of the people who stayed behind did so because they refused to leave their pets.

According to Alicia Haefele, communications director at the Louisiana SPCA, there were no precedents on how to handle animal rescue efforts of this magnitude before Hurricane Katrina hit the Gulf Coast, which meant that the animals that were left behind to fend for themselves had to survive under terrible conditions.

“It was hot, they had no food or water; animals were scared. Post-Katrina, animals that were left behind to weather Katrina, were living a real life nightmare,” Haefele said.

Haefele said that the scale of distress witnessed in New Orleans after Katrina served as a wake-up call for the Federal Government, and in 2006, by an almost unanimous decision, the Pets Evacuation and Transportation Standards Act became a federal law. Now, the U.S. law requires every federal emergency management agency disaster plan to include a way to evacuate pets and ensure their welfare.

“This was a huge step for animal rights because it pushed the government to revise how welfare groups approach pet rescues. Now, emergency responders are trained to provide pets with assistance and how to better catalog animals,” Haefele said.

Haefele said that the lessons learned from Hurricane Katrina helped approach animal evacuations when Hurricane Sandy was bearing down New York and New Jersey because people were authorized to evacuate their homes with their pets.

The Humane Society of the United States deployed Terri Steuben, animal communicator and trained disaster responder, to New Orleans to assist with the largest animal rescue operation in the U.S. history.

According to Steuben, during her deployment in New Orleans, she witnessed remarkable things – chained-animals that survived the flood, large animals providing food for smaller breeds, and animals that were found still guarding their homes.

“Things were tough in New Orleans after Hurricane Katrina, but the storm’s social aftermath made the government and the nation realize the importance of always being prepared in case of an emergency,” Steuben said.

Ten years later, Ginnie Baumann said that Hurricane Katrina was a turning point in our relationship with animals because, in the middle of all the chaos, the human-animal bond persevered.

“People must always be helped to get out with their pets,” Baumann said. “No one stays behind.”