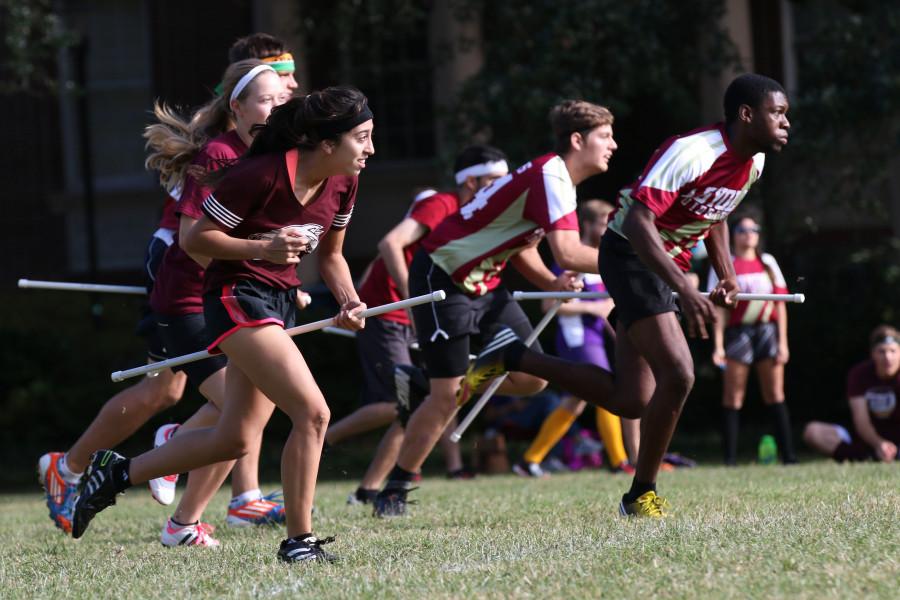 The Wolf Pack quidditch team took to the sports complex on Wednesday, Sept. 2 to begin their march toward victory with their first set of practices that included workouts ranging from fundamentals to cardio.

The Pack is looking to get back to form after a tough loss in the finals last season. The team finished 2-3 in the Quidditch World Cup in Rock Hill, South Carolina.

Etefia Umana, team captain, learned from experience that the team had to improve on their work ethic and attitude.

“The team needs to work on conditioning and not to underestimate any opponent we will play against,” Umana said.

Umana also said that he wanted to become an assertive leader and to continue to become better with each game.

The team has added several incoming freshman to increase their depth as a unit. Christian Williams, biochemistry freshman, comes to the team with excitement and anticipation.

Like Williams, Keevy Narcisse, head coach and history senior, is also looking forward to another successful year with the Pack.

“We spent a considerable amount of time on conditioning. We also put in offensive and defensive sets that we previously haven’t done. It helped us a lot against higher class competition,” Narcisse said.

Narcisse is looking to establish a winning attitude for the Pack this season. For him, it will be important to continue to build on last year’s successful run.

“We want to have consecutive success. We want to establish a tradition,” Narcisse said.

The team’s schedule will be posted later in the semester.