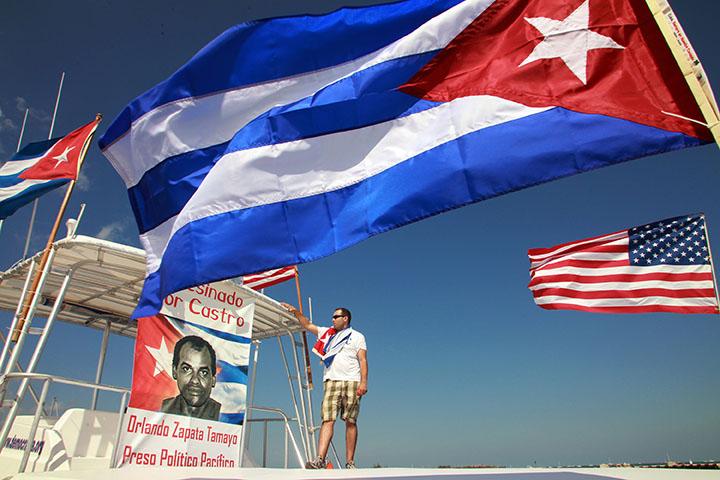 For many Cuban Americans residing in the port cities, resentment towards Fidel Castro, the President of Cuba, runs deep through their blood.

When the American flag was raised in front of the American embassy in Havana, Cuba on Aug. 15, backlash from cities like Miami and New Orleans came flooding in.

“The embassy opening wasn’t a point of celebration for certain Cubans. To many, the event was a symbol of oppression as members of the Cuban dissident movement were not allowed to attend,” Llamas said.

It has been 56 years since Fidel Castro took over power and 54 years since the embargo on trading with Cuba was placed. Accodring to the Migration Policy Institute, as of 2013, more than 1 million refugees escaped from Castro administration to find safer homes and build families in the United States.

Gary LaGrange, the President and CEO of the Port of New Orleans, believes reopening trade would benefit New Orleans and Cuba both.

“Cuba would be a huge growth opportunity for the Port of New Orleans and Louisiana. Cuba is opened on a limited basis now for building supplies and communication equipment and humanitarian aid will continue,” LaGrange said.

Mariana Macia, a mass communication junior, is a Cuban American whose parents both have direct connections to Cuba.

“Nothing has improved in Cuba during the Castro regime, so why do we feel the need to have friendly relations with the government who shut my family out? Who beat people in the streets and stripped them of their freedom,” Macia said.

George Fowler, vice chairman of the Cuban American National foundation, said he feels more passionately against this removal. For over 40 years, Fowler has been fighting to make Castro face legal repercussions

“There’s no civil rights. What we need is a US policy to get him out, to get the Castros out of there,” Fowler said.

John Levendis, an associate professor in economics at Loyola, has a different position on the issue at hand. Levendis said he believes restoring relations with Cuba 55 years later is a good economical decision.

“I can’t comment on the politics, but the economics is certainly a good decision because the total gains always outweigh the total costs with international trade,” Levendis said.

According to Llamas, tourism without a purpose is illegal and must follow 12 categories of travel. The Cuban government owns the tourism because private businesses are not allowed.

Cristina Suarez, music therapy junior, said she still has family residing in Cuba. It was emotional for her to talk of the Cuban government and said her family has been affected by it.

“The tourists that go to the island will have freedom that the majority of the island’s population, like my family, can only dream of,” Suarez said.