On the Record: Don’t pick on the poor student loan 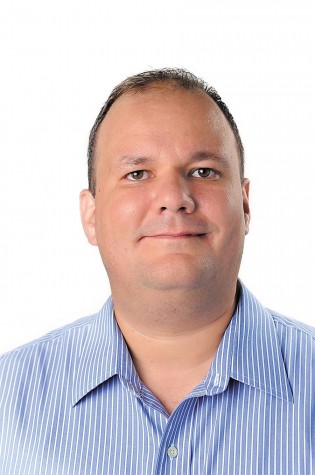 I’m going to go out on a limb here and defend something that most people say they despise – student loans.

Student loans are a reality for most everyone at Loyola. And I think they have gotten a bad rap.

According to the College Scorecard, which was recently published by the departments of Education and Treasury, the typical Loyola student graduates with a debt load of $26,070 and has a typical monthly payment of $289 to service that debt.

It has become popular for critics of college debt to decry that debt load. “How can we set our students into the world bridled by such a heavy debt burden?” they ask. “It’s just unfair,” they say.

But here’s how I look at it. When I was an undergrad two decades ago, I came from a family that couldn’t dream of affording to send their first son to a small, private liberal arts college.

For the uninitiated, that means we were the poorest of the poor. I have seven siblings, and my parents struggled to keep us in a safe home in a good school district. College savings was just a bridge too far. There was never enough left over for things like cable TV, much less college savings.

When I was facing graduation in the face, I really had three options. I could enter directly into the workforce in some blue-collar job. I could join the military and hope to slip into college’s back door through the veterans administration after serving my country.

Or, I could sign that maligned promissory note and have the pick of any college that my grades and dreams allowed me to attend.

Needless to say, I chose the student loan route. And I couldn’t be happier about that decision.

Because I took the dreaded plunge into debt, I was able to attend Loyola. I worked hard and graduated as print journalism student of the year and went on to get a job at a nice regional daily newspaper.

After Hurricane Katrina, my alma mater asked me to come help run The Maroon, my alma paper.

None of that would have been possible without those loans.

I even took advantage of the deferment option when I decided to come back to grad school and earn my MBA.

When I talk to my siblings about college debt, I ask them this question: “Who is in a better position to pay for your college tuition? 18-year-old you, or the you who will be holding a degree after graduation?”

Obviously the post-grad, fully employed version of you will be in the better position to pay that college bill. And that is what a loan is – borrowing from your future self to cash in on an opportunity today.

And according to that College Scorecard, Loyola graduates are better off than the national average on two fronts: first, our typical grad earns $41,300 after walking the stage. That is about $6,000 more than their national-average counterparts.

Second, 83 percent of Loyola grads are actively paying down their debt — again, much higher than the national average of 67 percent. That suggests that, like me, the vast majority of Loyola students who took out those loans are now on a solid-enough footing to be making good on that fiscal promise.

Can people use college debt irresponsibly? Of course they can. Just like any tool, if it is used irresponsibly, it can do a lot of damage. But as long as you are keeping your eye on your total debt burden, and as long as you are getting a degree that is going to open doors for you later in life, then go ahead and sign that promissory note.

Your future self will thank you.