Tip or not to tip (always tip) 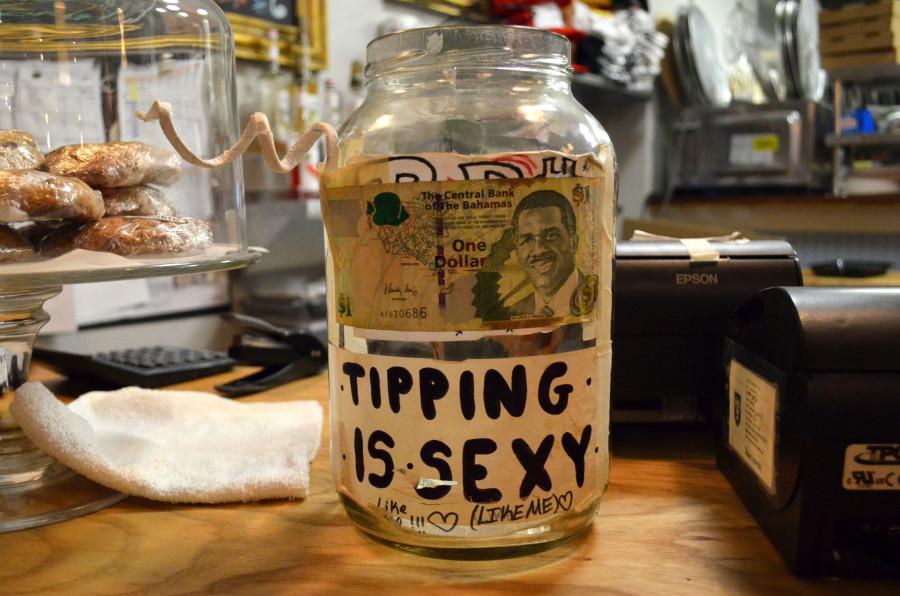 Let’s be real, when it comes to spending cash, most students are very particular with their choices. Of course, you want a bite to eat at your favorite cafe without spending too much, but what happens after you’ve received your services? What do you leave for your waitress or waiter, other than a table of dirty dishes? How do you thank the delivery man after he shows up to your dorm in the pouring rain?

If you didn’t think of tipping in either scenario, you should.

Tipping is a taboo topic to discuss, especially for the typical college student. While some would rather showcase their generosity to their waiter or delivery person in the form of some extra dollars, many think that tipping should only be done when service workers do above-average work.

The reality is tipping is more important than you think. The service industry is one of the most difficult places to work in, considering minimum wage and having to endure longer hours. An extra few dollars can go a long way for some.

To avoid being known as the jerk who won’t even leave a few bucks to service people, here are a few tips on, well, tipping.

Frazzled on how much to tip who? Here are a few tipping averages to help you out:

Delivery: As for a delivery person, a 10 percent tip is usually the way to go, with a $2 minimum.

Waiter: For adequate service, a 15 percent tip should be given and a 20 percent tip for those who go above and beyond. If service happens to be poor, at least give a 10 percent tip rather than nothing. Waiters have to eat, too.

Many college students tend to plan out where they are eating and how much they plan to spend so they don’t dish out any unnecessary money. If you’re low on money or even conscious of how much you’re spending on a particular outing, being mindful of where you are going and keeping note of how much your tab will be makes it much easier to be a good tipper.

For those who aren’t mathematicians by nature, simply downloading a tip calculator to your smartphone or visiting sites such as itipping.com can definitely help you know how much to tip. By using these strategies, you’ll be able to put money aside for how much you plan to tip. That way, you’ll leave with a happy wallet while still giving a kind tip to those who helped you.

If you tend to enjoy saving a buck with a coupon, do not fret. Getting discounts tends to make tipping a bit easier since you are already paying less than you usually would. When using coupons or discount codes, you should add up how much you plan to spend with the tip included.

What if the tip is included?

When eating at a higher-priced restaurant, pay attention to see if a tip or service charge has already been added to the bill. In these cases, tip waiters 18-25 percent of the pre-tax bill at finer eateries. If at least 18 percent gratuity happens to be added to your bill pre-tip, one usually does not have to tip outside of that. The choice is yours.

While the gesture of tipping is one that is slowly dying, the need for it is all the more important. Service industry workers are often the hardest hit as the economy crumbles. So the next time you decide to visit your favorite restaurant, remember to take advantage in showing your servicer how much you appreciate their work. Tip them.