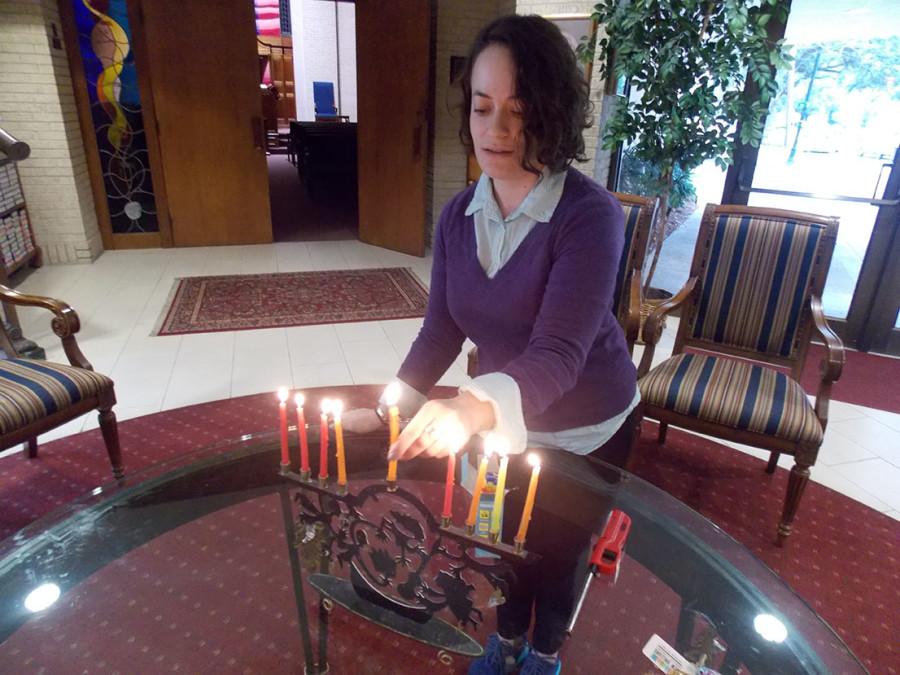 While Hanukkah and Christmas are both religious occasions that involve family, fun and presents, the Festival of Lights has its origins in war, miracles and oil.

For each of the eight nights of Hanukkah, set to begin on Dec. 6, Jewish families gather to light a candle on the menorah, exchange gifts and eat foods fried in oil. The origins of these traditions date back to around 175 BC when the Maccabean Jews recaptured Jerusalem after being exiled by the Seleucid Empire.

While this victory was considered miraculous, as the Maccabees were greatly outnumbered, the subsequent rededication of the desecrated Second Temple of Jerusalem would lead to the miracle of the oil.

Rabbi Robert Loewy, instructor of religious studies, said there is a great legend associated with Hanukkah.

“When the Maccabean group came back in to rededicate the temple, part of the symbolism was the menorah that was fueled with a special olive oil. They only had a little bit of oil but low and behold, miracle of miracles, the oil lasted eight days. Thus the story of Hanukkah lasting eight days,” Loewy said.

Today, most menorahs use candles rather than oil. So to commemorate the oil-based miracle, people eat oil-based foods such as potato pancakes, known as latkes, and jelly donuts called sufganiyots.

For Andrea Levine, director of Jewish programming and curriculum at Tulane Hillel, this is one of the best parts of Hanukkah.

“I pull out my food processor once a year and make mean latkes,” Levine said.

For Naomi Yavneh, the director of the Loyola honors program, the latkes are a way of remembering her beloved grandmother.

“For me, the holiday is really connected with memories of my grandmother and my father whose latke recipe I perpetuate. I love the fact that it’s a family time and it’s dark and you light these candles. It’s a time to enjoy each other’s company and play silly games,” Yavneh said.

Loewy added that some people consider Hanukkah as the Jewish equivalent of Christmas, however, that is not the case.

“This misconception of Hanukkah as the Jewish Christmas is the result of the fact that the two holidays often fall at a similar time period. On the scale of significant Jewish holidays, Hanukah is way down on the scale. It’s not like Rosh Hashanah, the Jewish New Year, or Yom Kippur, the Day of Atonement. It’s not even like Sukkot, the feast of Tabernacles. All of those are based in the Torah,” Loewy said.

Hanukkah and Christmas do still share one major thing in common: it is a cherished and joyous time of year that brings family and friends together.