Volleyball team has season of progress 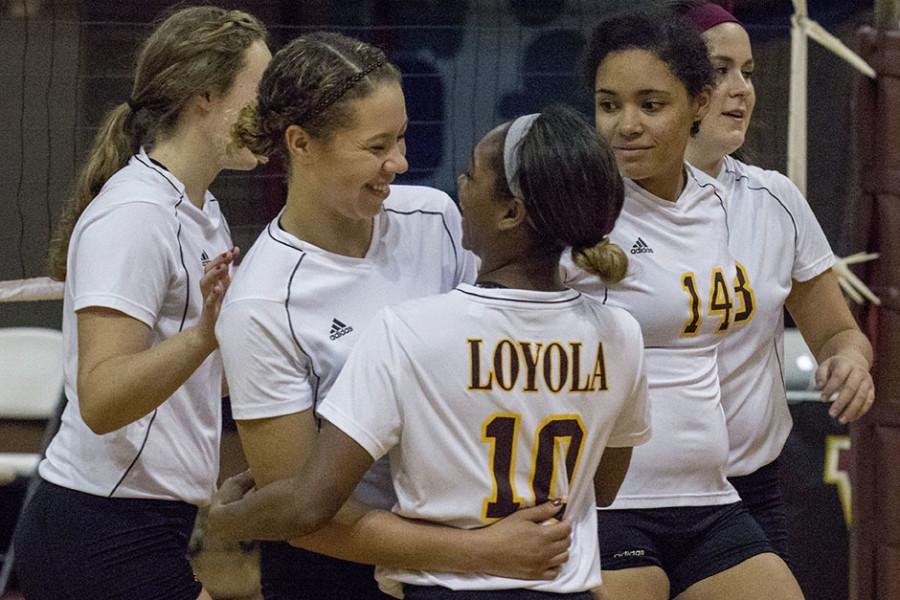 This year’s volleyball season for the Loyola Wolf Pack was highlighted by team improvement, program development and the departure of one of the most accomplished players in school history.
The team was able to increase their total wins by four this season and were also able to land a berth in the Southern States Athletic Conference tournament.
According to Allison Hartman, biology freshman, even though the team was eliminated on the second day, the experience their core group of younger players gained will serve them well in years to come.
“As a freshman, it was an amazing experience. To play in the most important tournament of the year was outstanding. The fight and drive my team and I had to push through even the toughest of games is astonishing. Obviously we would’ve liked to have made it further, but being a young team, we have a lot to look forward to next year,“ Hartman said.
Eva Allen, mass communication senior, will leave the program this year ranking fourth in program history in overall kills. She said that former Wolf Pack great Gina Gill was her motivation for her success throughout her career.
“My goal was to continue her legacy and establish myself as a powerful hitter and a leader on our team, and I think I accomplished that. I hope that even after my time comes to an end at Loyola my memory will continue to have an impact and influence on the Loyola volleyball team and especially on the next person that wears my jersey,” Allen said.
Though she is graduating this upcoming May, Allen believes the future of the program is headed in the right direction.
“I believe that the team will continue to be successful after I leave. There is a lot of talent on our team.Many of the younger players just need to find their confidence,” Allen said.
The coaching staff and returning players also appear to be confident in the strides they have made as a team and the impact it will have on the future of the new program. Angela Franke, head coach, believes that the team can only get better.
“The growth I’ve seen in my younger players is their commitment and becoming more disciplined with improving and perfecting their skills. They know where their strengths and weaknesses are and they realize they will need to keep working on improving their skills because every year we’re getting better and so is the talent we’re bringing in,” Franke said.
The team will see 16 of their 18 players returning next year as they look to build upon the foundation of success they laid down this season.