In My Opinion: David Bowie changed the face of rock 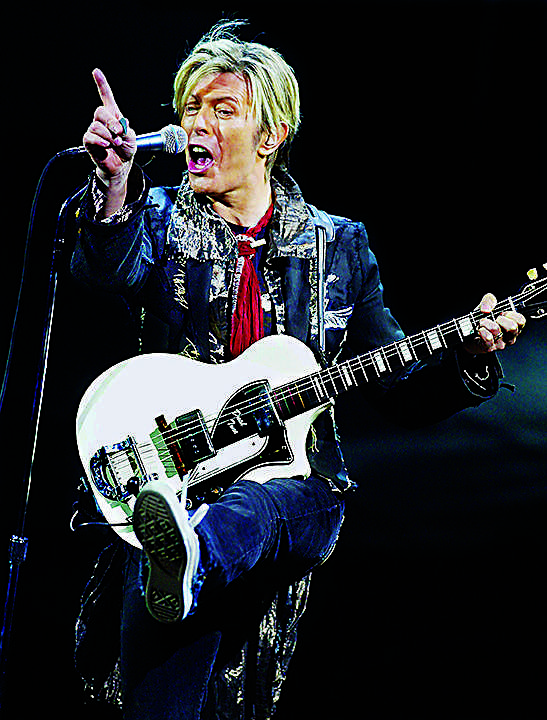 On January 10, 2016 the music industry, fans and the world lost David Bowie, an innovator among the stars, humanity in its purest form, but most importantly, a shining example of how music can influence and persuade progress.

Bowie presented music with a gift it had never received before. His sound and style became more than just art. Bowie’s art was synonymous to his lifestyle, detached from social norms and free from definition. Fans followed religiously behind each and every version of Bowie, understanding that music and sexuality never have or had to be contained in little, organized boxes.

David Bowie exhibited several personas like Ziggy Stardust and the Thin White Duke. He also tried several times to define his own sexuality.

In 1972, before the release of the Ziggy Stardust album, Bowie told Melody Maker, a weekly British pop/rock music newspaper, “I’m gay, and always have been, even when I was David Jones.”

Four years later, he told Playboy magazine that he was bisexual. “It’s true—I am a bisexual,” he said. “But I can’t deny that I’ve used that fact very well. I suppose it’s the best thing that ever happened to me.”

Then in a 1993 interview with Rolling Stone, Bowie declared he was “always a closet heterosexual.”

Perhaps he put it best in a 1997 BBC radio interview, “I was hitting on everybody. I had a wonderfully, irresponsible promiscuous time.”

Certainly the indecisive nature of Bowie’s sexuality procured questions for the media and fans. In retrospect, it was not important that Bowie never fully settled into his sexuality. This restlessness was essential to understanding him as a character. Bowie was never satisfied; therefore, constantly innovating his art and chasing new experiences. He taught us an important lesson, that the world never stops giving you opportunities to selfishly take in our surroundings.

Bowie’s music became the soundtrack that reshaped the world’s vision and understanding of gender, sexuality, and identity altogether. Bowie never claimed to be an activist for LGBT rights in the traditional sense, but his art and presence became the support system for many who questioned themselves.

On a larger scale, Bowie and his creativity facilitated a larger fight for acceptance and the daily practice of human rights.

Through his career,  he challenged gender stereotypes, explored gender fluidity, and defied the boundaries that chain sexuality.

Listeners found sanctuary in his music, that uncertainty was only part of being human. The world saw Bowie’s mistakes only making him more relatable, making him a companion or a friend to those who needed one in their own darkest hours.