A free gym is taking over the Lafitte Greenway 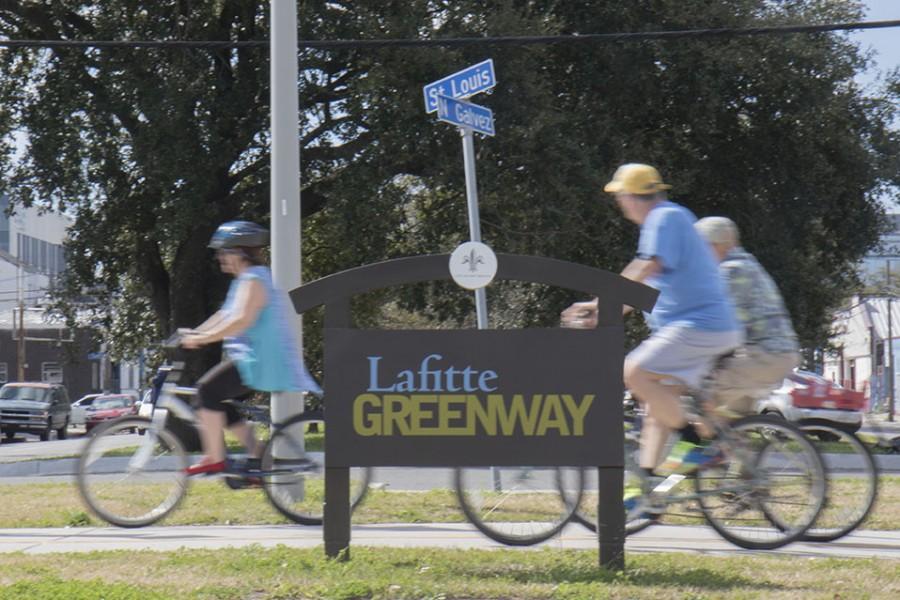 Cyclists cross N. Galvez along the Lafitte Greenway in the Treme neighborhood. The greenway, which is the future site of Fit Lot, allows people to bike from Mid City, through Treme and to downtown.

A local fitness buff saw a way to make the city healthier and deter crime, all with one building: the FitLot.

While the Treme-Lafitte neighborhood surrounding the Laffite Greenway is notorious for it’s crime and poverty-stricken population, Adam Mejerson, local fitness expert, and the ReFresh Project are working to change that image.

The ReFresh Project is a coalition of 40 health organizations devoted to providing healthy and accessible foods to people in the Broad Street and Treme areas. Mejerson’s FitLot, a free fitness center open to the public, will complement the project by adding a physical fitness element to the initiative.

“We came across one of these outdoor fitness parks and realized that this is actually a perfect way to repurpose under-utilized space and bring some much needed investment and support to neighborhoods that could really benefit from it,” Mejerson said.

The Greenway is a 2.6-mile bike path and walkway that stretches from Bayou St. John to Louis Armstrong Park, but it is also one of the major crime hot spots of the city. Mejerson said that the 16,000 square foot FitLot is a way to bring more traffic to their area and thus reduce the amount of criminal activity.

“Parks and playgrounds like this are actually considered to deter crime. When you make something a safe and actively used space, it tends to dissuade people from coming and causing problems,” Mejerson said. “We recognized it as a solution to accessibility and as a solution to vacant lots in the city. And a resource everybody should really have access to.”

Having already raised $35,000 for the construction of the gym, Mejerson is hopeful that the project will add something to this area that it greatly needs.

“This neighborhood has been underserved for decades and the health outcomes reflect the inaccessibility of the people who live here have experienced,” Mejerson said.

Tracey Graham, FitLot board member and fitness strategist, said that the ReFresh Project is a way to supplement a lack of health education in schools.

“The FitLot has an opportunity to teach the fundamentals that have not been taught in high school, elementary or middle school health education,” Graham said.

The FitLot will feature 22 pieces of strength and cardio equipment, along with a space to hold group classes.

“It is really helping to promote exercise as medicine and a healthier lifestyle,” Thomas said.

Residents can expect to see the FitLot gym go up later in the spring behind the Sojourner Truth Community Center on the Greenway. 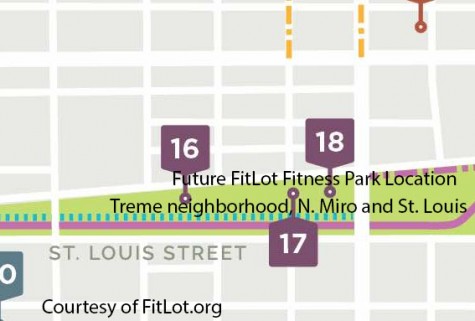