Faces of the Millennial voters in the Louisiana primary 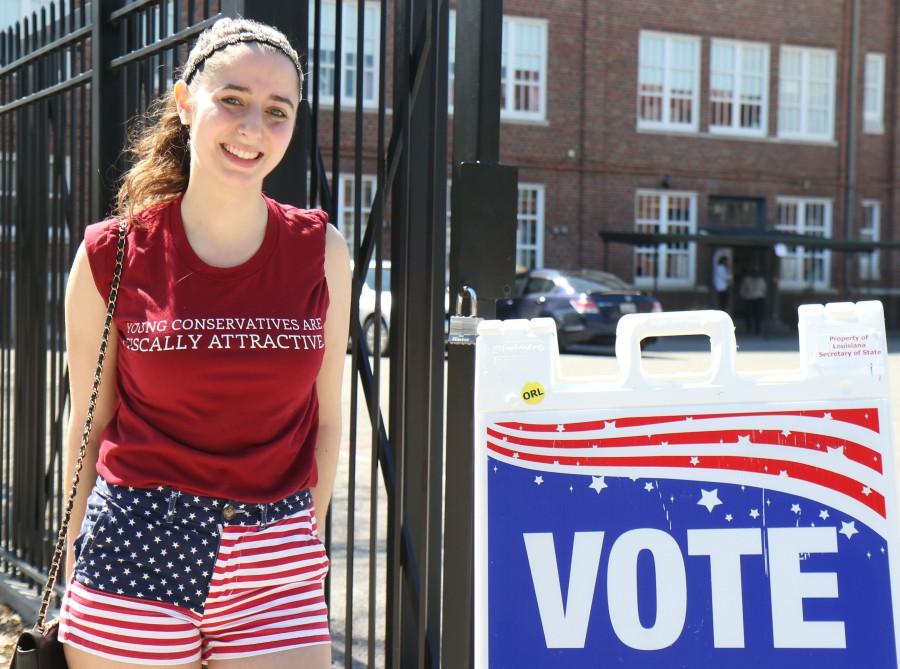 Becca Sawyer, 20, is a political science and jewish studies student at Tulane University. She cast her ballot at Holy Name in Uptown. "One of my highest priorities is foreign policy," Sawyer said. "Specifically related to U.S.-Israeli relationship." Sawyer voted for Marco Rubio. Photo credit: Zach Brien

On March 5, 2016, voters in Louisiana had the chance to make their voices heard in the state’s presidential primary. The Millennial generation, which is roughly over one quarter of the state’s electorate, made their way to the polls too bringing with them their own set of challenges.

Millennials are those born between 1982-2000, according to the U.S. Census Bureau. They make up nearly one fourth of the U.S. population and 29 percent of Louisiana’s electorate, according to the Louisiana Secretary of State’s office. They are a more liberal generation than those before them, with nearly 50 percent leaned towards the Democratic party according to a poll by the Pew Research Center. This poses challenges to politicians across the political spectrum.

Millennials have a history of low voter turnout. According to a 2014 poll by the Center for Information and Research on Civic Learning and Engagement, 18 to 29 year olds are often absent from the voting polls and that only 19.9 percent of voters between 18 and 29 cast ballots in the 2014 elections. Rock the Vote, USA Today poll, reports that 33 percent of Republican Millennials and 42 percent of Democratic Millennials plan to vote in the 2016 primary elections.

Becca Sawyer, 20, political science and Jewish studies student at Tulane University, thinks Millennials need to re-evaluate their apathy toward voting. She believes voting is important, more so than people believe.

Foreign policy is a major issue for Sawyer, especially when it comes to United States’ relationship with Israel.

“That’s incredibly important to me. Whether or not I see presidential candidates making smart choices when it comes to that,” Sawyer said.

Sheldon Howard, 28, an employee at Wendell Printing in New Orleans East, just wants to have a say.

“It doesn’t matter if I’m a Democrat, or a Republican or an Independent,” Howard said. “I just want my voice to be heard.”

“I prefer Hillary,” Howard said. “Hillary is about supporting the middle class.”

Stephanie Benitez, 21, English and psychology senior at Loyola University New Orleans values politicians who are able to put the concerns of others first, to understand their issues.

“I think that that’s extremely important is not only looking out for your own self-interest but the interest of the people around you. That’s very, very important,” Benitez said.

Benitez voted for Sen. Bernie Sanders for his empathic views and policies.

“I just think it’s extremely interesting how we have this more person that’s making it this far in the race that does have such an interest in other people’s lifestyles and the priorities that they have,” Benitez said.

“He wants to kick all the illegals out because they’re stealing jobs for Americans. It’s hurting the economy,” Domingue said.

For voters like Lissy Gates, 24, history student at Tulane University, economic issues played a key role in her vote.

“I want my country to be a country where it’s easy to open up a business,” Gates said.

Gates voted for Gov. John Kasich because of his economic experience.