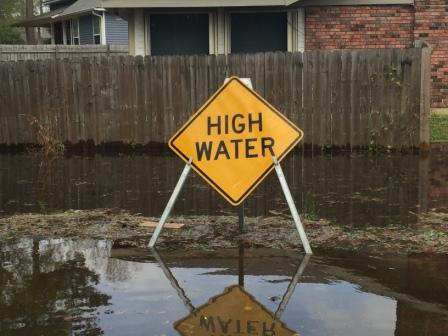 A sign sits outside of this residential home on Herwig Bluff Rd. warning residents of the flooding in the area. The river is expected to crest this afternoon. (Mark T. Robinson)

A sign sits outside of this residential home on Herwig Bluff Rd. warning residents of the flooding in the area. The river is expected to crest this afternoon.

For the second straight week, Coastal Louisiana has been the target of severe weather. This time, residents of St. Tammany Parish get the brunt of the storm.

As of today, residents of Herwig Bluff in Slidell, LA are stranded in homes due to severe flooding on Herwig Bluff Rd.
According to recent reports, the flood waters are expected to crest sometime today, which means that the flood water will continue to rise before it can recede.

The National Weather Service says that the flood level in Pearl River has already risen to about 19 ft. with a possibility of rising.

This is only two feet away from the historic crest of 21 ft. in 1983. The highest crest this morning reached 20 ft. According to Phil Grigsby, forecaster for the National Weather Service in Slidell, LA, the worst of the flooding is happening now, and it will not exceed the 20 ft. crest, contrary to recent reports.

“The river is still rising in the area. We have multiple gauges at I-10 and that’s coming down. It should crest more in the afternoon but after that it should be a slow fall,” Grigsby said.

Grigsby also said that even though the river has crested to its peak, it will take more than 24 hours for the flooding to recede.

Captain George Bonnett, St. Tammany Parish Sheriff’s Department, said that there have already been relief efforts underway for residents affected by the flooding. As of today, there have been no calls to the department for assistance but they are still on standby.

“We’ve already had to evacuate several residents on the Western Side of St. Tammany. Parish wide we are at 760 rescues and evacuations. For now, we are just waiting to see what happens in the Slidell area,” Bonnett said.

Residents on Herwig Bluff Rd. are also wading in the water and hoping the situation improves.

Rageur has lived through many storms and hurricanes as a Louisiana native. He says that it often comes down to how victims of severe flooding handle the situation.

“Some people don’t know how to react to it. It drives them nuts. But what can you do? Just pray for the best, that’s all you can do,” Rageur said. 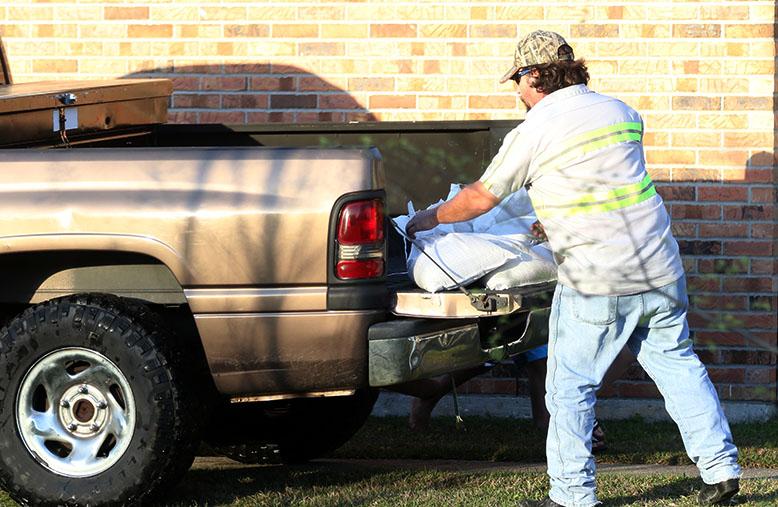 Gallery|5 Photos
Zach Brien
A man unloads sand bags from his truck to place around his home in Slidell, Louisiana on Monday, March 14, 2016. Residents in Slidell were concerned about flooding in the area after a weekend of heaving rain and flooding across Louisiana and the Pearl River cresting.
Leave a Comment