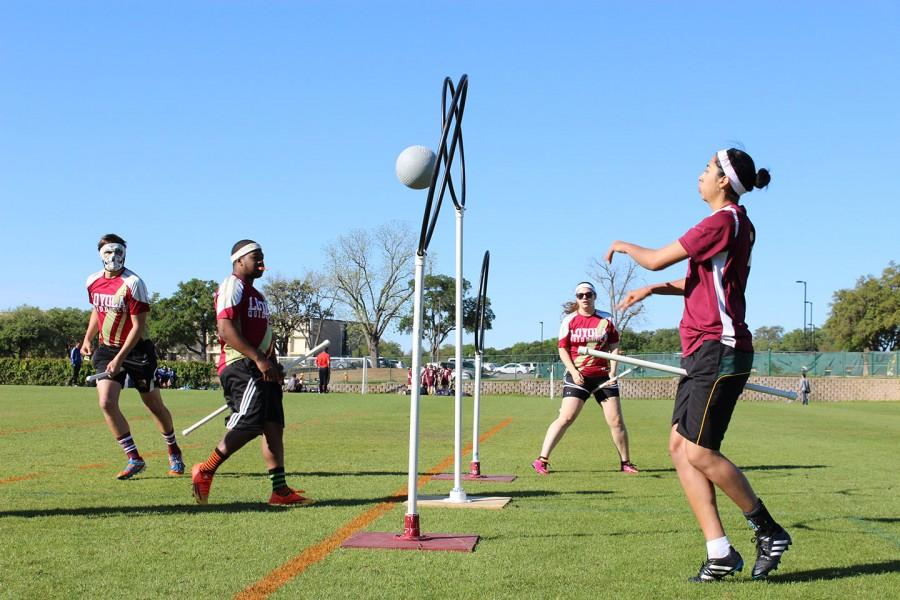 For quidditch teams who were unable to qualify for the ninth U.S. Quidditch Cup, there was a tournament for players to ride their brooms and catch the snitch.

27 teams from across the United States gathered in San Marcos, Texas to compete in the first-ever Consolation Cup on April 2-3.

This was the first year that a tournament was available to teams other than the 60 that qualified for the U.S. Quidditch Cup.

However, Clementi said that hosting Consolation Cup was an especially great experience with good matchups and diverse teams.

“I think it has gone great,” Clementi said.

Clementi said that nine out of the first 12 games played were within a snitch range, which is within 30 points, an unheard of statistic for a quidditch tournament.

“It’s really cool and I’m glad I could give them an opportunity to play competitively against tough competition,” Clementi said.

Oliver Blackstone, Loyola keeper, said it was great to play competition who were at an even level.

“Today has been fantastic. These games are close at the end and that is what makes quidditch fun,” Blackstone said.

Joshua Mansfield, Tulane captain, founded the team at Tulane three years ago after he said he fell in love with the game.

“One thing that is great about quidditch is that it’s really a new sport that has aspects from many different sports,” Mansfield said.

Loyola lost all five of their games while Tulane University advanced to the final eight and was defeated by Marquette University.

Baylor University won Consolation Cup against the University of Texas at San Antonio.

The U.S. Quidditch Cup 9 will be held in Columbia, South Carolina on April 16 and 17.