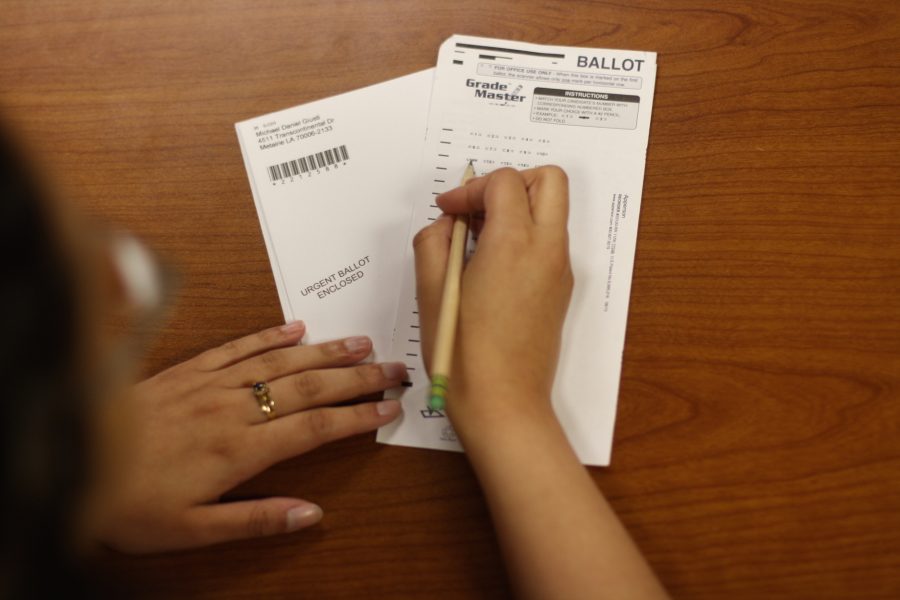 The Southern Poverty Law Center presented about their fight to overturn a discriminatory voting law that has existed in Louisiana since the 1800s.

This discussion was a part of the eighth annual peace conference that ended on April 22.

Targeting immigrants and their families, the law requires naturalized citizens to go through an extra step to register to vote.

As a U.S.-born citizen, the steps required to vote include simply registering to vote and voting.

Naturalized citizens do not receive the same treatment. A naturalized citizen may receive a letter in the mail after registering, requiring them to be present at their local parish’s registrar with their naturalization papers or passport.

While this may not seem like much, it is a huge barrier to many disabled, elderly, or full-time working people, as well as non-native English speakers who may find the letter confusing.

Sara Godchaux, staff attorney at the Southern Poverty Law Center, said that often, this law can deter people from voting.

“We’re seeing people who have tried to register three to four times and still haven’t been able to,” Godchaux said.

Jenna Finkle, a legal assistant at the Southern Poverty Law Center, believes this law asks too much of naturalized citizens, and is unfair to people who have already done
so much.

“It takes so much to become a naturalized citizen and go through that process,” Finkle said. “We’ve talked to people who have paid for citizenship classes, attorneys, who have gone through a citizenship ceremony where everyone tells them how important it is to vote, and then they get to Louisiana and they can’t.”

Finkle said not only is this law inconvenient for voters, it is against federal law. The voter registration form does not require information on the voter’s country of origin, only if he or she is a U.S. citizen. Louisiana’s law requires people to name their place of birth, which is federally illegal.

Because the form does not state the extra steps that may be needed, many naturalized citizens are unaware of the additional requirements, and are therefore unprepared.

“Some people don’t even know they’re being discriminated against until they talk to U.S.-born citizens and realize how much easier it was for them,” Finkle said.

Though this law has been in place for over 100 years, it only becomes a problem periodically, specifically around important voting times. While one naturalized citizen may be able to register without issue, another may be selected to confirm their citizenship with the registrar.

Haley Saucier, political science senior and organizer of this year’s Student Peace Conference, said she believes that this is due to the state’s conservative history.

“Where there’s strong democratic contenders, suddenly naturalized citizens have trouble registering to vote,” Saucier said. “Immigrants tend to be from racial minorities and they tend to vote democrat.”

While the Southern Poverty Law Center continues to work toward their goal of getting the law overturned by the coming presidential election, for now they are focused on getting the word out.

Godchaux said that an open information flow is the most important thing, until the law is repealed.

“People need to know what they have to do and what they’ll have to bring,” Godchaux said. “There are so many immigrants who deserve the right to vote and they aren’t able to right now.”