On the Record: Pope Francis invites reflection on love and family with new exhortation 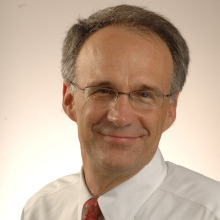 I smiled early in Pope Francis’s Joy of Love — in Latin, Amoris Laetitia — about love in the family.  He recommends against “a rushed reading” of its 250+ pages brimming with footnotes and careful language. Who could rush that?

I also smiled at the repetition — Joy, Praise, Joy — not holiday lyrics but titles of Pope Francis’s main writings: Joy of the Gospel — on God’s unconditional love; Praised Be You — on solidarity of all creation; and now Joy of Love.

This is not saccharine talk.  These are words informed by an acute awareness of injustice and by belief that every moment is gift and that all creation is charged with God’s grandeur. How else to respond but with lives of joy and praise expressed in service?

What follows are some initial impressions of Amoris Laetitia. Pope Francis associates sex with holiness, values feminism and has seen Babette’s Feast — a sumptuous film illustrating Catholicism’s commitment to materiality and beauty. Watch it!

He attempts to reconcile rules and reality. Twice he denounces using moral laws, like stones, as weapons. He scoffs at “the unbearable arrogance” of those who lord their “mature” beliefs over others. He admits sometimes proposing a “too abstract… ideal of marriage” distant from what “real families” experience. He anticipates the accusation of “watering down” the Gospel and redirects it by arguing that the worst case of this is putting “so many conditions on mercy that we empty it of its concrete meaning and real significance.”

I particularly welcomed his juxtaposition of the frail and the perfect. As husband and father of adult children, I am painfully aware of my own failings in these roles. The Pope assures me that “no family drops down from heaven perfectly formed.” He also promises that God’s “presence dwells in real and concrete families, with all their daily troubles and struggles, joys and hopes.” Thank goodness!

I also love the theological term “accompaniment” featured in Chapter 8; it implies mutuality and respect. It takes account of our “wonderfully complicated” lives. No matter what, its message is that “we must first love ourselves.” Pope Francis identifies accompaniment as a component of pastoral ministry with adults in “irregular” situations — such as, in his words, cohabitation, same-sex unions, remarriage (without annulment). He urges ministers to help “form consciences not replace them.”

Accompaniment also entails risk as the travellers on the road to Emmaus in Luke 24 learned. They informed their companion about the crucifixion and now, astonishingly, an empty tomb. In the end, though, it was they who had their eyes opened to Jesus.

Running “the risk of a face-to-face encounter with others,” as Pope Francis elsewhere urges, opens up new possibilities of finding God in unexpected people and in “irregular” situations, of those accompanying becoming the accompanied and of those forming consciences having their consciences formed. I suspect this would be, for Pope Francis, a source of joy and a reason to sing praise.