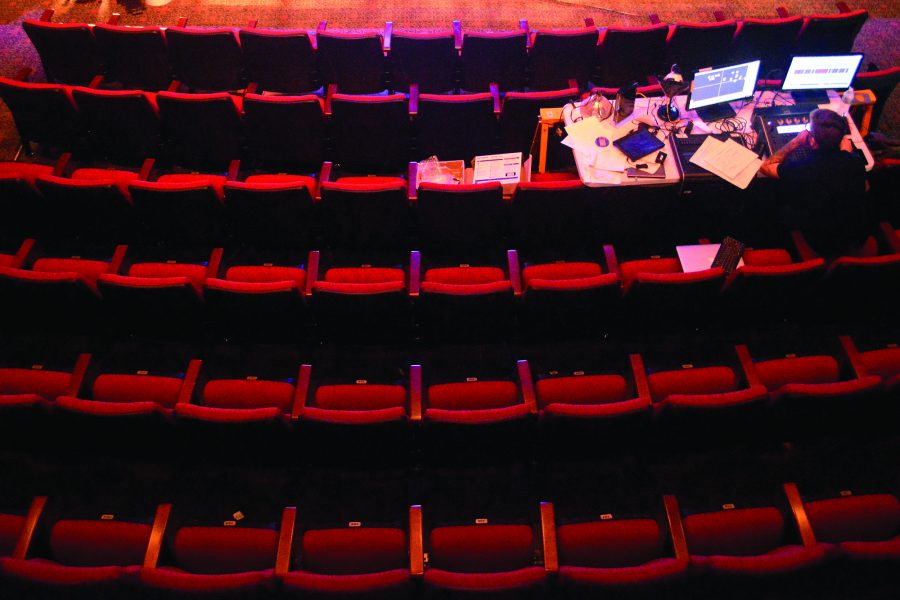 Le Petit Theatre’s 100th anniversary season is kicking off Sept. 16 under an artistic director who came to Le Petit in 2015, but it’s not the only new party at the theatre. The creative team only arrived two years ago.

“This has been a place where people like to tell their stories, and that makes listening even easier,” Hallman said. “Just hearing people have a lot of stories to tell and their experiences in this place.”

The theatre has come a long way since its founding in 1916, and has since survived several financial fallouts, but 2011 saw the theatre face bankruptcy. In order to save itself, Le Petit sold a large portion of the theatre to the Dickie Brennan Restaurant Group in 2012.

“When people heard Dickie Brennan took over, so many people were just like ‘no no no’ and I was like ‘yeah, it’s going to save it,’” Gendusa said. “Yes, we’re going to lose half of the building, but still. The alternative is losing it completely because the building next door has been wanting it for years, and if they got it, it’d become a museum.”

According to several reports by the Theatre Communications Group, the 2008 recession hit the non-profit theatre community hard, demonstrating drops in season profits and donations that only began to recover in 2013. Now, 11 years after Katrina and eight years after the recession, theaters around the U.S. have begun to see a silver lining.

The sold property, which included the green room, dressing rooms and children’s theater, were renovated and transformed into Tableau, a cajun style restaurant. Formerly known as Children’s Corner, or Teddy’s Corner, Tableau now shares the property with a newly remodeled Le Petit.

“What bothered so many people was [that] Teddy’s Corner, the children’s theatre, is where every actor in this town started as a young child,” Gendusa said. “So a lot of them hated to see that because a part of their childhood went.”

Kenny Meyer, Tableau manager, performed in Winnie the Pooh at Teddy’s Corner as a child, and worked with Le Petit during high school on productions of Best Little Whorehouse in Texas and West Side Story.

“I find it pretty thrilling actually, and, you know, the fact that I can visualize this space when I’m in here, what it looked like when I was on stage doing Winnie the Pooh here,” Meyer said.

Tableau and Le Petit form a symbiotic bond, sharing more than just a housing space. Tableau provides catering and refreshments for events, access to sponsors, refurbishing for the building and housekeeping. In return, Le Petit is able to give the restaurant a stream of clientele, who have a unique dining and entertainment experience.

“There’s a perception out there that we collaborate closely, but we’re not really intertwined,” Maxwell Williams, artistic director of Le Petit. said. “We work with them on a number of stuff, new corporate clients and stuff like revenue streams that we weren’t able to tap into before, but the core of what we do, that’s all Le Petit.”

Williams and Hallman are new to the city of New Orleans, unlike Crystal Gross, A’00, the development director of Le Petit and a 20-year New Orleans resident.

“I think there’s a learning curve to New Orleans,” Gross said. “You have to learn how to pronounce all of the things, all of the streets. I see [Williams and Hallman] as jumping in headfirst and immersing themselves, and see that reflected in not only what we’re going to be producing on the stage, but also how we engage in the community.”

The creative team plan to set themselves up for success by spreading the word about the work they’re doing, Hallman said.