Getting real with Elysian Feel 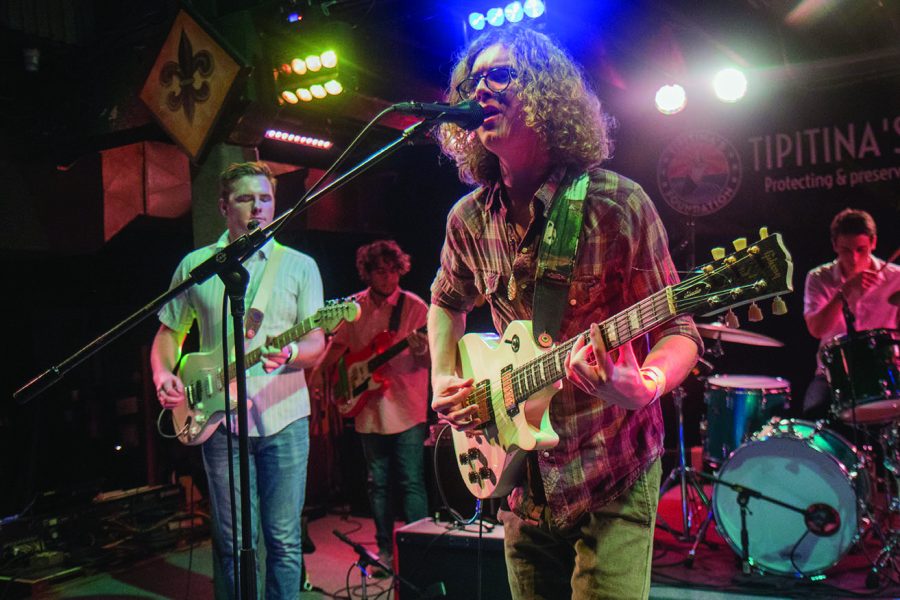 We got together with Elysian Feel, a New Orleans band from Loyola University New Orleans that combines funk, jazz, R&B and blues in their sound.

They’ve recently finished a summer tour of the southeast United States and are preparing to release their sophomore album.

Q: What have you been working on in the past few weeks?

Bailey: We’re mixing a record right now that we recorded earlier this summer.

Q: What is the name of the release?

Magallanes: (laughs) It’s untitled so far. We recorded it in Memphis at a close family friend’s shed studio.

Bailey: Recording it was a lot different than The Tree and the Tower because we’re using all live takes, not a single overdub. Musically, I’ve been writing songs that are much different than the last album.

Q: Do these songs feel built from the ground-up and more organic to record with that process?

Magallanes: Whereas the last album influenced how we played those songs for a while, this time around is a much more honest representation of how we play music now. It’s far more seamless.

Q: What was your favorite show out of that run?

Magallanes: Jacksonville was really great for us. It was my first time visiting Florida, and I thought it would be a weird beach scene we wouldn’t really fit into, but we met so many nice people into the same music as us.

Q: What is the most difficult part of touring?

Seals: Self-care for sure, I knew I wasn’t going to have the best meal every night, and money was always stressful. Blisters get really bad for me drumming for hours night after night; by the last two shows, I couldn’t even take down the cymbal stand.

Q: I see a lot of chemistry with you guys onstage, has that been there since forming as freshmen, or did it take time to develop and is it still developing onstage?

Bailey: I think it’s definitely a progression, especially on our tour this summer. Playing that many dates in a row together really helped our communication.

Kidd: Being around each other 24/7 also helped. (laughs)

Deitle: I think the energy has always been there. It’s just the way that we shape; it has changed so drastically.

Seals: Also just jamming, we had a lot of gigs in a row this summer and some of them would be three hours long, and we would jam extensively which is something we had never tried before. We extended sections and made completely new stuff onstage.

Q: What do you think will be the plan for Elysian Feel post-graduation?

Bailey: Once we’ve all graduated, we plan to hit the road and tour as much as possible. We’ll stay here as long as we can. We’ve built our fan base here.