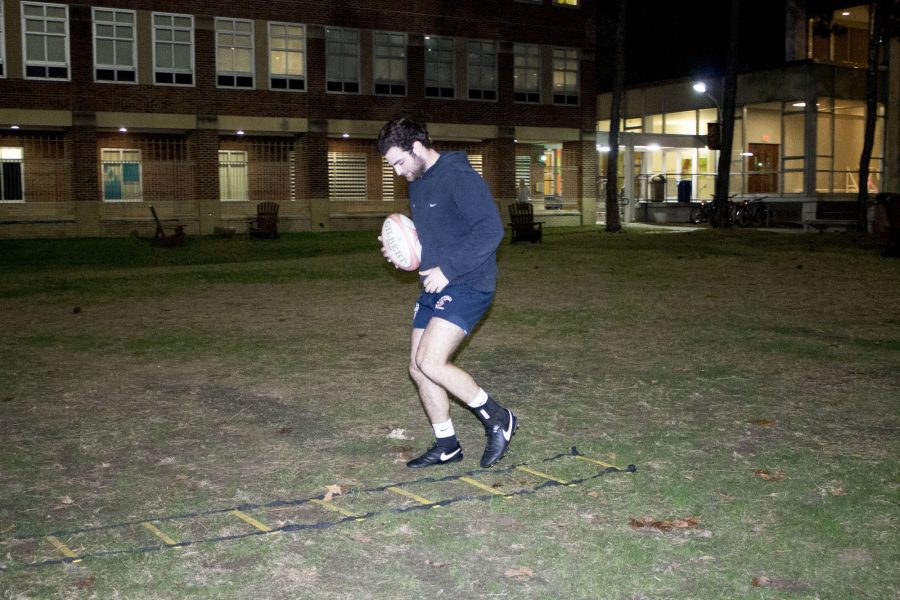 With an impressive 4-1 start to the season, Loyola University New Orleans’ rugby team has vastly improved from previous years and earned more attention in the process.

“We’ve always had a very talented team, but the lack of organization and funding over the past two years really restricted us from reaching our potential as a team. But our improved levels of recruitment and organization recently has really increased our team’s turnout numbers in practices and games as well as the financial attention from the school,” Le said.

This is the second season the team has held its practices in the Residential Quad, which could have factored into the increased turnout, as prospective players get a chance to see Loyola’s Rugby team in action. The bigger turnouts in practices and games are a major reason why players believe rugby team has improved so much this year.

Vincent Duhe, history and mass communication junior, said a major reason for the success of the season is the strength in coaching and the team’s talent.

“We’re a very skilled team in the sense that we aren’t the biggest or strongest, but we have a lot of players that know how to play the game. We’re also very well coached compared to a lot of other teams in our conference,” Duhe said.

“Rugby is an incredibly rough game with matches lasting 80 minutes. In my experience, the fittest team usually has the edge. We also work hard to drill the basic skills of the game like passing, catching, evasive running, and our patterns on both offense and defense,” Malina said.

The team’s strong leadership has also been a major key in the its improvement this season, as team captains Connor Delahunty and Alex Lithgow have led and inspired heart into the team.

“[Delahunty and Lithgow] know the game really well and they have done their best to impart wisdom on the younger and less experienced members of the club,” Duhe said.

As the team enters the second half of the season, the players expect to build on their current success moving forward and win even more this half.

“We have the talent and we have the skill to make it into the playoffs and potentially into the regional tournament. I expect that the team will recruit more players so that next semester we can travel and have a fuller team, but in the end, I expect us to win it all,” Le said.