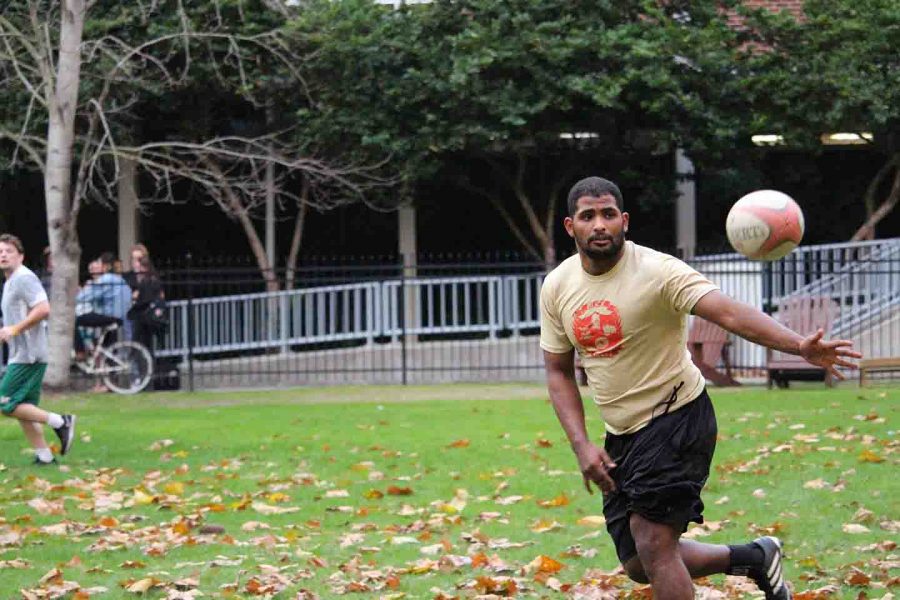 The Loyola rugby team has been invited to the second annual Jesuit Cup in Santa Clara, California.

The tournament hosts rugby teams from universities across
the nation.

The 7’s tournament will feature teams from Notre Dame, Gonzaga and Boston College to name a few.

Loyola’s rugby team will be competing for the Pope Francis Cup for the first time in the team’s history.   Alex Le, biology senior and team president, said that it’s exciting to be acknowledged by the commitee and looks forward to playing on the field with his team.

“The Jesuit Cup is new to us. They [the committee] were very selective on which teams they wanted to invite into their tournament. They heard about our accomplishments the past few years and we’re honored to accept their invitation,”
Le said.

Le was quick to credit the invitation toward the new players and
his coach.

“We’ve recently had a lot of new guys come to the program and they’ve gotten competitive and driven after getting a taste of victory,” Le said. “But a lot of (credit) also goes to coach Jerry. He has the ability to mold us young athletes into talented rugby players.”

With a young and motivated roster and an inspiring coach, the rugby team seems to be on the track to success heading to Santa Clara.

Despite the fact that the team will be new to this tournament this year,   Connor Delahunty, criminal justice senior and team captain, said that they are ready for anything they come up against.

“We are playing some very talented teams who are probably more talented than us. They may be more athletic, but that means nothing,”  Delahunty said. “We have been playing more athletic teams my entire career for rugby at Loyola and we have beaten them all the time.”

The high sense of confidence has created a buzz around the rugby team as a result.

Although the team is excited for their opportunity, head coach Jerry Malina believes that the tournament will be no easy task.

“[This year] we played much larger schools than us, but we have had success. It’s going to be a big challenge, but I’m sure the team can handle it,” Malina said.

The tournament will be April 21-23 at the Univeristy of
Santa Clara.