Loyola divests but may reinvest again

After a semester of delay, Divest Loyno is making strides toward stopping the school from profiting from coal, fossil fuels and private prisons 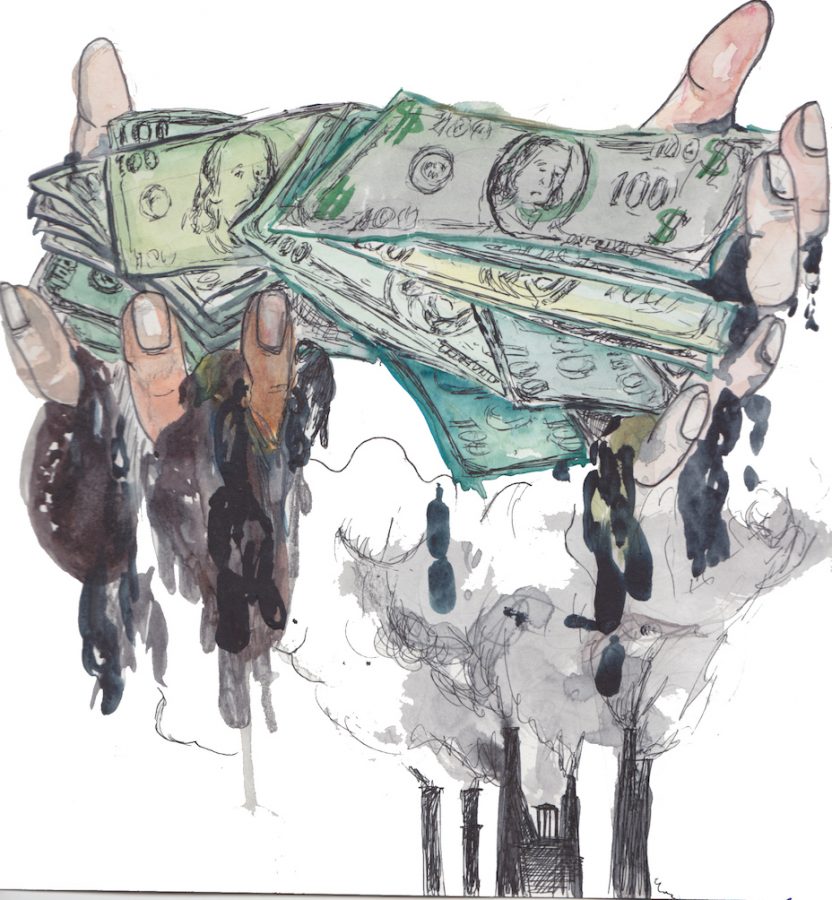 Jose Torres was suffering from a fever for 11 days in prison, but said he was denied medicine for refusing to sign his deportation papers.

Instead, he said, guards told him they were sending him to “el pozo” — “the pit” — where detainees who started fights were sent.

“They were taking me there because I asked for help. I said that they could take me there, but I needed medicine first. He didn’t do it. When he came back, I told him, ‘Hey, we’re human beings, not animals.'”

Torres was detained in Pine Prairie Correctional Center in Alexandria, Louisiana. The prison is owned by Immigration and Customs Enforcement but operated by GEO Group, one of the largest private prison companies in America.

A spokesman from GEO declined to comment on Torres’ case, but said that Pine Prairie refutes any claim that prisoners aren’t treated humanely.

Still, reports of conditions like those Torres laid out are one of the reasons that President Barack Obama’s Justice Department announced it was phasing out its use of private prisons last year.

“They simply do not provide the same level of correctional services,” Deputy Attorney General Sally Yates said in an Aug. 18 memo to the department.

It is also one of the reasons behind a movement at Loyola to divest its endowment from those private companies’ stocks.

This was after the market value of the school’s holdings in America’s largest prison company, CoreCivic, Inc., depreciated by about $68,000.

The possibility to re-invest is still on the table, though, because the school’s ethical investment guidelines don’t prohibit investing in the prisons.

In spring 2016, Divest Loyno met with members of the board of trustees and Loyola’s finance officers to discuss ethical investments.

The group agreed to let students from Divest Loyno sit on the school’s endowment committee, which manages investments.

First, however, Divest Loyno had to be officially chartered as an organization and elect officers to serve on the investment committee, according to an August letter from the Rev. Kevin Wildes, S.J., university president, to the students of Divest Loyno.

The purpose of this committee would be to update Loyola’s ethical investment guidelines to say the school would divest from private prisons and to set up stricter guidelines for investing in coal and fossil fuels.

Divest Loyno did get chartered, but Max Boyce, the club’s president, said the group didn’t hold elections for officers because they were waiting for Wildes to state explicitly that he supported divesting from private prisons.

Boyce said Wildes had told him personally that he backed divestment, but that neither Wildes’ letter to the campus community in June nor his later letter to Divest Loyno reflected that personal commitment.

“We saw that letter. We noticed it was a very [diplomatic] political response, didn’t really make any indication of intention of any sort,” Boyce told The Maroon last semester.

Divest Loyno published an open letter in The Maroon in December asking Wildes to reiterate his support.

Laura Kurzu, vice president for marketing and communication, said that the semesterlong stall in establishing the student committee has been frustrating because Wildes supports the initiative.

“Father Wildes indicated that he was in support, but as much as he’s in support, there is a process about investments, and purposely so,” Kurzu said.

She said decisions about investments rest with the endowment committee, not with Wildes.

Kurzu said that after the administration told Divest Loyno that they needed to be chartered, she never heard from Boyce that the group had completed that task. She said the group didn’t respond to any of her messages until they wrote the open letter.

Looking back on this process, Boyce said, “We could have communicated better.”

Wildes never responded to the group’s letter, but Boyce said in December that if he didn’t receive a response, the group would move forward with the endowment committee anyway.

“Wildes has been reluctant to say anything, but, you know, you’ve got to move forward,” Boyce said. “We need to take a stand for what we ultimately stand for.”

Divest Loyno will now be represented at endowment committee meetings.

The group never elected representatives, so Boyce will speak for Divest Loyno on the committee. He was expected to meet with Hubbard and Leon Mathes, associate vice president of finance and administration, on Jan. 20 to be briefed on what he had missed at last semester’s committee meeting.

“It’s really exciting, and then from there we’re going to be able to partake in each investment committee meeting,” Boyce said.