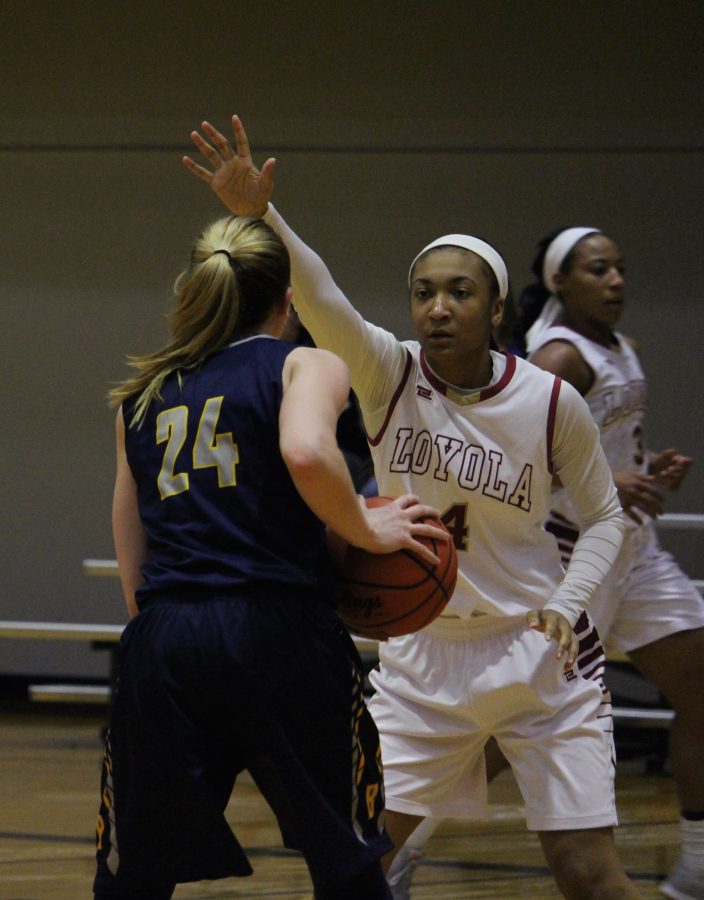 Mass Communication Sophomore Jasmine Billips lays on the defense against Blue Mountain College on Jan. 21 2017. The ladies of the Wolf Pack will take the court again on Jan. 26 at 5:30 p.m. against Brewton-Parker College. Photo credit: Marisabel Rodriguez

Coming off of a dominating victory over William Carey, the Loyola squad had some momentum in their match up with Blue Mountain College.

Loyola played solid throughout, leading by a wide margin for the majority of the game.

Loyola now has a three game win streak and improved to the second spot overall in the Southern States Athletic Conference.

The Wolf Pack’s next watch up will be versus Breton-Parker on Jan. 26 at First NBC Court.