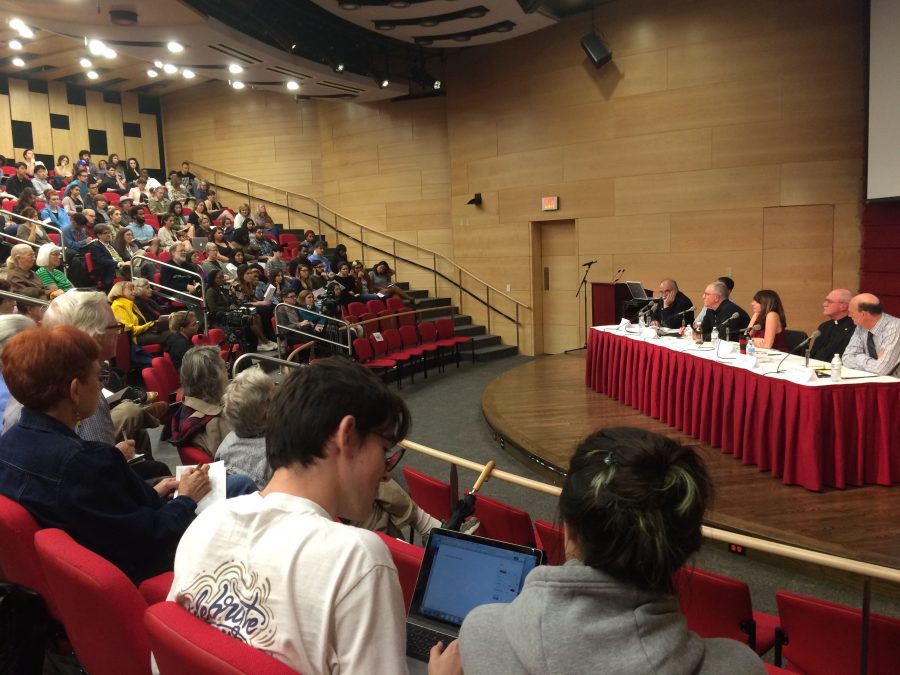 Post-inaguration, many students are expressing their concern over President Donald Trump’s policy stances. Students like Thanh Mai, history junior, are fearful for what the future holds.

“My anxiety is in the future of education. If the wrong people are in office then our education system will be negatively affected and the citizens could be behind for years to come,” Mai said.

Loyola’s history department hosted a panel of speakers to discuss the unforeseeable future of the United States at Nunemaker Auditorium on Thursday, Jan. 19.

The panel was named: “Trump Presidency: The Age of Anxiety?” to express the uncertainty many have with the change of power.

The panel began with Philip Dynia, chairman of the political science department, speaking on the Electoral College, which he called
“an abomination.”

“What we need in terms of the next election is a direct election,” Dynia said.

Patricia Boyett, director of the Women’s Resource Center and professor of history, spoke after on feminism as a civil rights movement. Boyett spoke about a possible Fourth Wave of Feminism forming due to the momentum from womens’ rights movements that have been building over the last decade.

The panel’s moderator, Behrooz Moazami, Distinguished Professor of History, asked the Rev. Fred Kammer, S.J. to discuss the difference between President Obama’s immigration policies and those of President Trump.

“To answer the question, I would just be giving a speculation,” Kammer said. “We don’t know what will happen with Trump’s policies and due to constant changes in what he says. What we do know is that doing nothing [to help immigrants] is morally unacceptable.”

Paul W. Barnes, a professor of biology and the Rev. John H. Mullahy, S.J., endowed chairman in environmental biology, spoke on climate change and the future of the relation of science and the government.

“Climate change is the single most important environmental concern today. And when policy-makers deny the research presented about climate change they show nothing but disregard and contempt for scientists and their work,” Barnes said.

Barnes discussed this disregard for science and the possible effects it could have on the future, such as budget cuts for research, as scientists try to find jobs where there is both respect for their work and funding for them to continue it.

“There has never been a time when scientists have been more anxious,” Barnes said.