With conflicting narratives circling social media after the funding for “The Vagina Monologues” was rerouted from Planned Parenthood to a sexual assault prevention group, The Maroon met with those involved to set the record straight 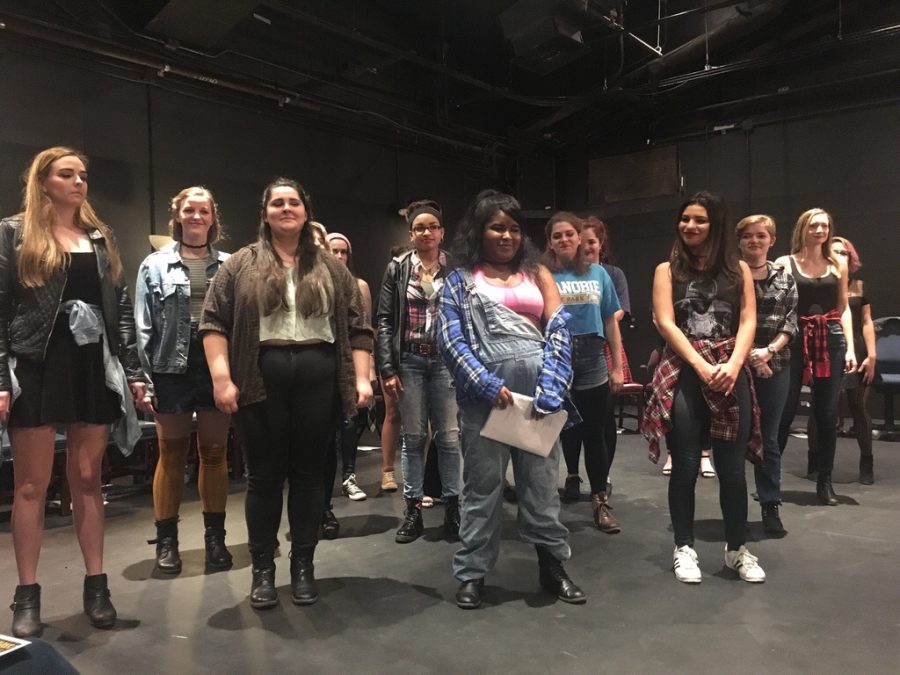 Loyola students performed “The Vagina Monologues,” a play featuring short feminist monologues, Feb. 3–5 to sold out crowds. The student-run production received support from the Women’s Resource Center, and the $865 it raised were donated to the Sexual Trauma Awareness and Response group. Originally, however, the proceeds were to be donated to Planned Parenthood Gulf Coast, Inc.

Ciara Rizzo, theater senior and director of “The Vagina Monologues,” originally chose to donate to Planned Parenthood because of the recent contentious debate regarding the organization. Rizzo said she knew that Planned Parenthood in New Orleans does not currently perform abortions.

“It had to go to a charity, so I chose Planned Parenthood because of everything going on. They’re about to be defunded,” Rizzo said.

“Although the Planned Parenthood in New Orleans does not currently provide abortions, they have applied for their abortion license. We just could not believe that a pro-abortion organization should receive funding from a Catholic institution, since this was an official university sponsored production,” Trist said.

Alex Lucas, vocal performance freshman and co-president of Loyola Students for Life, wrote a letter to the Rev. Kevin Wildes, S.J., university president, and showed the letter to Kurt Bindewald, director of university ministry. The letter asked that the money be donated elsewhere.

“Alex’s letter never demanded that funds be rerouted. He asked. The letter was very respectful, he never demanded or shouted or was negative in any way,” Yell said.

The Students for Life group said Lucas was not available to comment for this story.

Once the Planned Parenthood connection was brought to Bindewald’s attention, he and John Sebastian, vice president for Mission and Ministry, felt it necessary to meet with Patricia Boyett, director of the Women’s Resource Center.

Boyett said she spoke with Wildes and Mission and Ministry about the funding and discussed their concerns with Rizzo.

On Monday night, The Maroon published an opinion written by Wildes about the controversy. In it, he urged community members to show respect for differing opinions.

“Last week, when I became aware that proceeds from this year’s production of ‘The Vagina Monologues’ were to be donated to Planned Parenthood, I approached the Women’s Resource Center adviser and requested that the group consider redirecting these funds to a different charity — one that provides the women’s health services they seek to support and does so in a way that is consistent with the university’s mission and Catholic beliefs in the sanctity of life,” Wildes wrote.

Rizzo said she learned about the fundraising problems from an email Boyett sent to her. The email said that the production could not go forward if the money was donated to Planned Parenthood.

“My initial reaction? I was mad. I was hurt. It came out of completely nowhere for me,” Rizzo said.

The article, which was not written by Loyola students, quickly began circling social media after it was posted on Loyola Students for Life’s Facebook page. The article referred to “The Vagina Monologues” as a “vulgar” show which had no place on a Catholic campus. The Loyola Students for Life said they did not agree with this evaluation of
the show.

“They took what we were doing, they used it to their advantage, manipulated us and put their own opinion in the article,” Yell said.

Trist, the secretary for Loyola Students for Life, said she edited the article to better reflect the views of the club and sent her edits to the national coordinator. The unedited version was published, however, and the club has not heard back from the national organization despite attempts to reach them.

Rizzo, who was anti-abortion until two years ago, also believes the show is an important and timely production. This was her second time directing and third time involved with the show. She credits the production’s success to Loyola students’ support.

Trist posted edits and clarifications about the initial article in a Facebook post on Loyola Students for Life’s page. The original article, written by the national organization, still remains on the club’s page.

“It wasn’t a retraction,” Rizzo said. “If they wanted to retract it, they could have deleted it. If they really were against it, as they say to be, the post wouldn’t have happened in the first place.”

Rizzo said she is not angry about what happened. Instead, she hopes to mend relationships so “The Vagina Monologues” can continue on Loyola’s campus. She is grateful for the support from the Loyola community for the show and for
Planned Parenthood.

“Everyone is coming together and supporting us. People that don’t even know me who heard about the production are behind us 100 percent,” Rizzo said.

Both Students for Life members and Rizzo expressed a desire for continued conversation and understanding.

“Have an open dialogue with whoever you disagree with. Don’t just go above their head, because that doesn’t create change. Conversation creates change,” Rizzo said.

Loyola Students for Life are also eager for communication after the backlash they received, including Facebook users saying they would donate to Planned Parenthood in the club’s name, which Trist called “disheartening.”

“Another thing we would like to make clear is that we are open to a dialogue. We are open to people who disagree with us, but we would appreciate it if it would be a respectful discourse,” Trist said.

“We are all about dialogue. We want to get involved with pro-choice people. We want to see each other’s views. There is never going to be progress within this school, within this nation, within any of our movements, if we don’t start talking instead of attacking,” Yell added.

Colleen Dulle contributed to
this report.