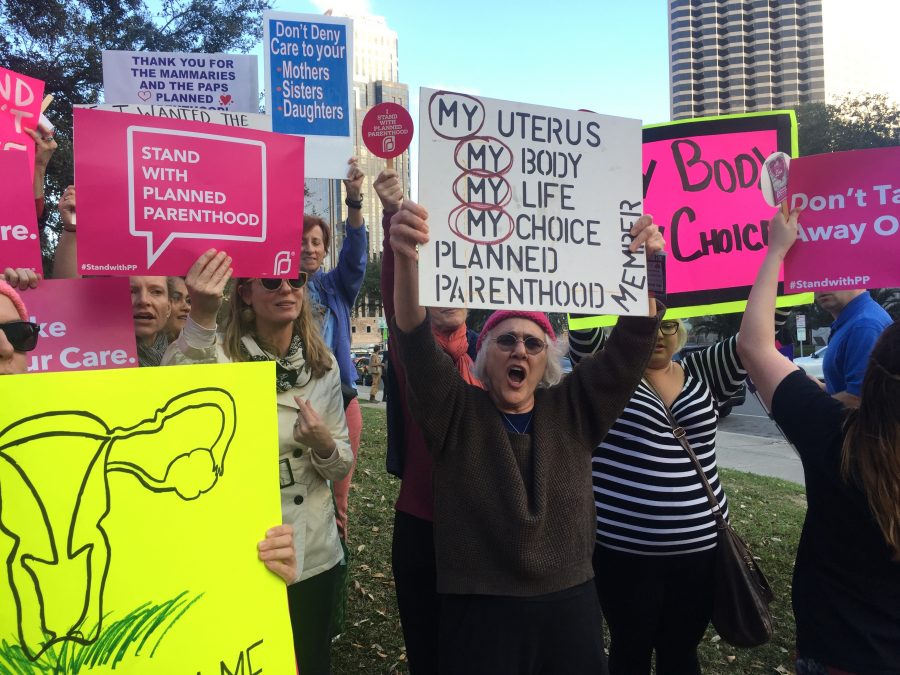 Planned Parenthood supporters took part in a rally to spread their message to the government: “Defend, don’t defund.”

On Friday, Feb. 10, nearly 200 people gathered at Duncan Plaza in front of City Hall. Event organizers took the mic to show their support for Planned Parenthood, in response to President Donald Trump’s executive order to defund the organization. Men and women of all ages spent the afternoon holding up signs, cheering on speakers, and chanting, “Defend, don’t defund.”

Ashley Robins, New Orleans resident, helped organize the event. She said the rally itself is just one piece of a bigger message she would like to send.

“I want to incite activism in New Orleanians, whether it be for Planned Parenthood or whatever it is they’re passionate about,” Robin said.

Robins said the rally was planned in response to an anti-abortion rally that was set to take place in front of the Planned Parenthood clinic the following day. The support rally organizers came up with the idea because they wanted to host a counter rally to oppose the anti-abortion group.

Initially, event organizers anticipated a much bigger turnout – over 3,000 people RSVP’d to the event on Facebook. Robins noted the significant difference in what was expected and the amount of people who actually attended could be due to a scheduling issue. The event was originally to take place on Saturday afternoon when people were off work. However, organizers made a last minute change and decided to have it on Friday afternoon instead.

“I hope the rally brings more attention to the fact that Planned Parenthood is about more than just abortions,” Krueger said. “They provide cancer screening and they provide contraception to people.”

Planned Parenthood supporters were not the only attendees at the rally, however. Lydia Rose was one of a handful of anti-abortion activists who came to speak up for the opposing side.

As a nurse, Rose said her stance on the issue comes from the belief that life begins at conception.

As the rally  went on, opposingcrowds became more angered. A group of pro-abortion rights activists interrupted anti-abortion activists by chanting repeatedly, “My body, my choice!”