Proposal to clear downtown streets by 3 a.m. not sitting well with locals 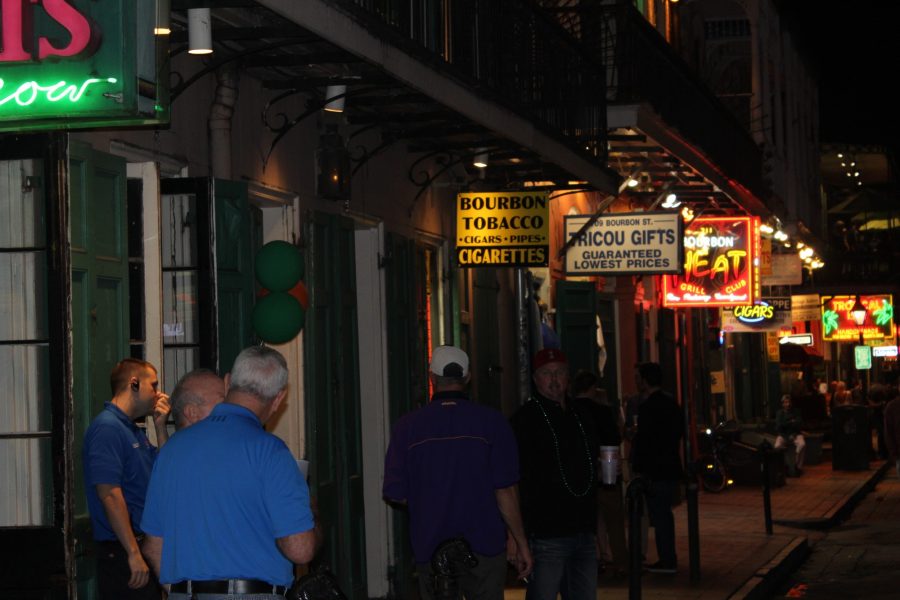 The city's newly introduced public safety plan will attempt to get people off of the streets by 3 a.m. Bars will also be forced to close their doors at that time though they will remain open for business. Photo credit: Anthony Alongi

Mayor Landrieu and Gov. John Bel Edward’s plan to close doors on Bourbon Street at 3 a.m. has caused a backlash in the community.

It is one of many strategies announced as part of the Mayor’s new $40 million public safety plan that was announced Jan 23.

Closing the doors is part of an initiative to prevent free-flowing pedestrian traffic. Bars will still be able to serve drinks and allow patrons to come and go, but the doors must remain otherwise shut.

Locals, such as Terry Bonstead, have complained that even though the closed doors don’t actually mean ‘closed’ for the night, that overall it isn’t a good look for the city.

“It won’t look right without people in the street. Looking around with everything closed up is gonna be strange. Like a ghost town,” Bonstead said.

Mayor Landrieu, who said the new public safety plan is a way to ‘bolster’ security in the city, said that police will perform ‘sweeps’ of the street in order to keep people inside. The mayor also plans on having cleaning crews hit the streets at 3 a.m. as another measure to keep everyone inside. The plan itself won’t take effect unless it is approved by the City Council.

Devin McGovern, who has worked at several different downtown area bars, said that other actions taken by the local government have only helped to put more people outside.

“If the mayor didn’t want people lingering outside of bars then he should’ve never made the smoking ban, which has pushed for a significant amount of people to be hanging outside,” McGovern said.

McGovern said that although he agrees with some of the other ideas in the proposal like adding more security cameras and putting better lighting on the streets, he can’t get on board with the doors shutting as a useful crime deterrent.

Some police said they understand that the proposal is a way of trying to find a solution to the ongoing crime problem but that the amount of money being spent on the proposal is ‘way overboard.’

Christopher Folse, director of events at Republic NOLA, a downtown music venue, said that the proposal is bad for business and will be ineffective if put into effect.

“Crime is going to happen until our city puts in proper measures to fight crime. And putting a suppression on businesses as a scapegoat to hide your inadequate crime fighting abilities is just ridiculous,” Folse said.

McGovern also said what worries him most about the plan is what it might do to the culture of New Orleans, a city that has a reputation for all-night revelry and non-stop partying.

“The crime is going to be there even if all these proposals go into effect. Bottom line is we’re going to be like every other city when it comes to partying, and no one is going to want to come here anymore. Bourbon Street is a tourist destination for a reason,” McGovern said. “It’s like no other place on earth.”