Golf teams come in sixth in the Claude Jacobs Invitational 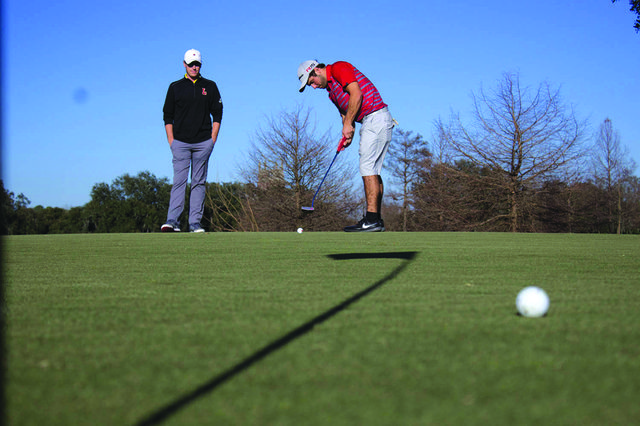 Wolf Pack golf team freshman Ignacio Fernndez take a shot on January 24, 2017; at the Audubon Park New Orleans; Louisiana; for practice. Drew Goff; golf team head coach; said he had a talented team to work with; and he looks forward to helping them fulfilling their potential. Photo credit: Osama Ayyad

In the first day of play on Sunday, the Loyola men’s and women’s golf teams both finished in sixth place.

Despite heavy winds on the course, the Wolf Pack was still able to shine.

The men’s team tied for sixth place after the first day of play.

Philip Nijoka, sophomore, finished with individual scores of 75 and 79 in two rounds of play.

Ryan Hicks, sophomore, finished in 26th place and Jose Perez, sophomore, placed right behind him in the 27th spot.

The women’s team finished the day in sixth place overall.

Julchen Narwark, senior, had the highest spot on the team as she tied for second place.

Monday’s play was delayed due to inclement weather in the area.