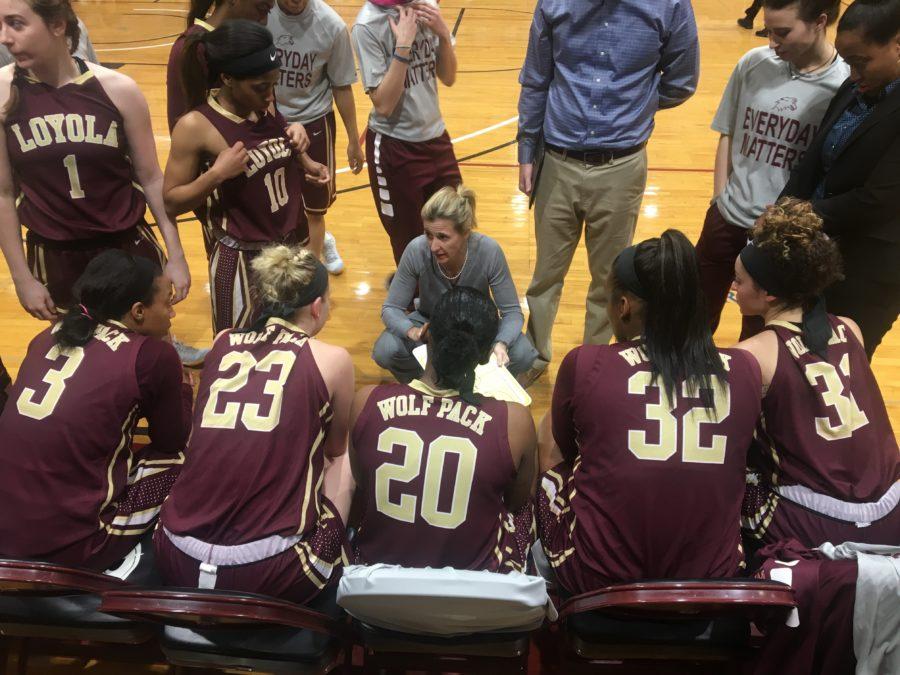 Head coach Kellie Kennedy draws up a play during their game. Kennedy won the SSAC Coach of the Year honors on Wednesday. Photo credit: Caroline Gonzalez

After coming off of a historic season, Kellie Kennedy, head coach of the women’s basketball team, receives Coach of the Year honors.

The award comes after Kennedy led her squad to victory for much of the season. The Wolf Pack posted a 25-5 regular season record to win the SSAC title.

This season, Kennedy also achieved the most wins by a head coach in school history, toppling the previous record set by Jack Orsley.

She also had three players named to the 1st All-Conference Team, the most of any team in the SSAC. Meghan Temple, Di’mond Jackson, and Zoie Miller were all first team recipients.

In total, nine of her players were honored by the SSAC this year.