Baseball fails to close out series vs. Mobile 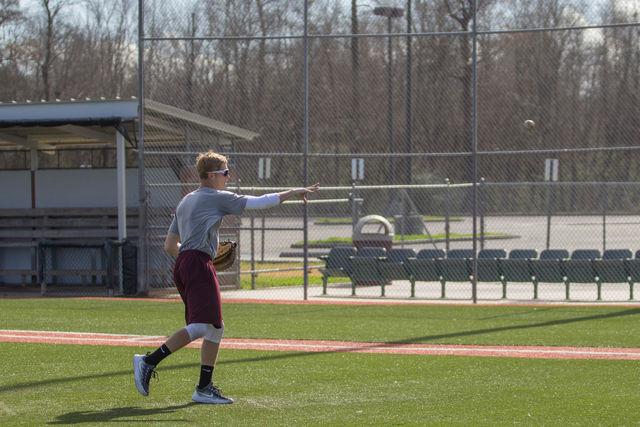 Loyola Wolfpack catcher John “Pops” Hernandez, practices with other Loyola catchers at the John A. Alario Sr. Event Center baseball diamond in Westwego, during practice January, 14. Pops, a junior pursuing a degree in finance, said he was excited to be back from winter break. Photo credit: Osama Ayyad

After splitting the series with a win and a loss, the Loyola baseball team faced off against the University of Mobile in an SSAC showdown. The Wolf Pack fell 12-0 at home versus the Rams.

Loyola took home the first game but could not sink the second on the double header on Friday. On Saturday, the Rams were too much for the Wolf Pack, as they kept Loyola scoreless in the final game of the series.

Loyola could not contain Mobile.

Loyola now drops 12-14 on the season and 1-5 in conference play. Although the team posts a 3-12 away record, they have an impressive 9-2 home record.

Loyola looks to battle on their home turf versus NCAA DII Spring Hill College for a doubleheader. The game takes place on Wednesday at 4 PM.