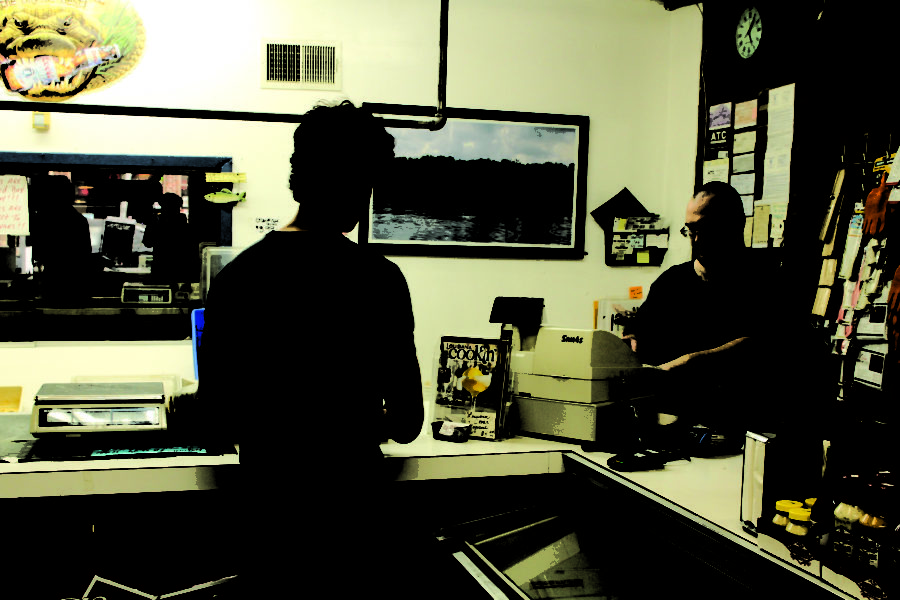 With it being lent season, customers are inquiring about seafood prices Photo credit: Taylor Ford

Menu changes, angry customers, and a lack of inventory are all major problems that seafood businesses will have to face over the course of a commercial crabbing ban in Louisiana.

On Feb. 21, the Louisiana Department of Wildlife and Fisheries enacted a ban on commercial crabbing which will last for a 30-day period.

According to Jeffrey Marx, Wildlife Fishery Enforcement agent for the Louisiana Department of Wildlife and Fisheries, this crabbing ban is set to happen on a concurrent pattern beginning on the third Monday of February for 2018 and 2019.

Officials with the Louisiana Department of Wildlife and Fisheries have cited recent decreases in the crab population as the reason behind the ban.

“The most current stock assessment which has data that runs through 2015, basically showed that the biomass of crabs out in the wild has been pretty low, the lowest it’s been in history. So we took a rather aggressive stance to have a seasonal closure,” Marx said.

Though this will negatively affect the business endeavors of crab fishers in the area, some business owners, such as Henry Poynot, owner of Big Fisherman Seafood, and Chandra Chifici, owner of Deanie’s Seafood, believe that this ban could eventually have a positive impact on the industry as a whole.

“I think it’s about 20 years too late; I think they need to close it every year. They overfish, the crabs never get a chance to get big, and with such demand, they take them when they’re smaller and younger, and they use those for factory crabs,” Poynot said.

Poynot said he estimated three-quarters of crab catches being “factory crabs” or “gumbo crabs”that would give more meat, if the industry allowed them to grow bigger.

Chifici commented on the untimeliness of the ban in New Orleans.

“They did not need to do this in the middle of Lent and Mardi Gras. They could’ve done this in January and have had the same result, and that wouldn’t have messed with two important high volume times of the year where seafood is prominent, and everybody wants it,” Chifici said.

“They [customers] definitely want it [crab] right now with today being the first Friday of Lent and people are wanting it. So they’re going to be ready once it opens back up,” Cross said.

With the lack of crab inventory in Louisiana at their disposal, Deanie’s is now having to make adjustments to their menu and importing.

In spite of the effects that this ban could have on their business, Cross sees the bigger picture and is hopeful that it will have a lasting positive effect on the industry.

“I hope it works. I hope it’s helpful. It’s detrimental to what we’re trying to do now and having the supply available, but I really hope it works,” Cross said.

The ban will be lifted March 22, but restaurants and seafood markets will need to come to a decision of how to adjust their business practices with the ban happening in years to come.