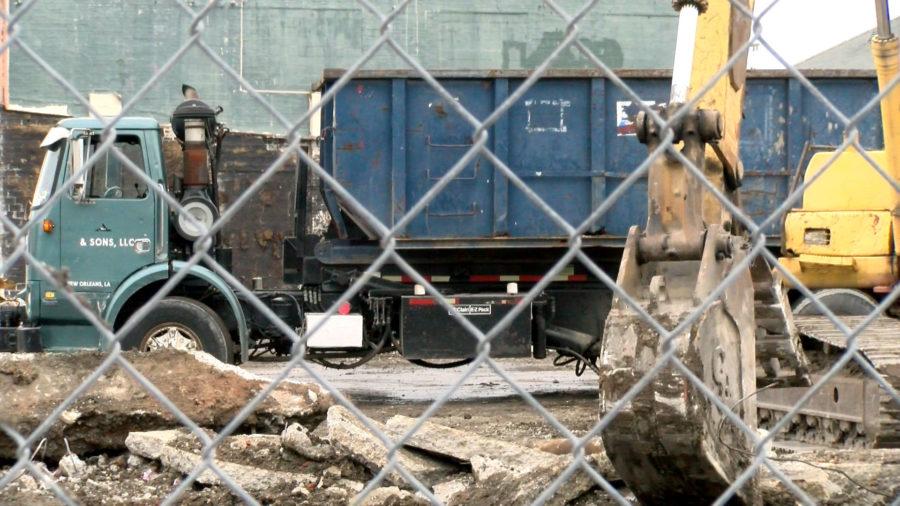 Construction begins on the Robert Fresh Market location in the Marigny. The neighborhood is currently considered a food desert because there is not a grocery store there yet.

Residents in Marigny can expect a closer route to buy fresh groceries because Robert Fresh Market will be moving in this neighborhood in December.

One resident has been waiting a decade for a store.

Elizabeth Burkeen, resident, would ride at least 10 miles on her bike to buy fresh groceries. She was glad to hear a Robert Fresh Market was coming. She has lived in this neighborhood for 20 years.

“Oh, yeah we need one. There’s really no place to shop,” Burkeen said.

Robert Fresh Market store manager Marc Robert III said that he had been leasing the property in Marigny for three years and now owns it.

“We have been working hard for several years to come back,” Robert said.

​Since he owns the property on St. Claude Avenue, all Robert has to say is that he has experience operating in Marigny.

Robert said that he has been in Marigny since Hurricane Katrina. He wanted to buy property, and he did. He won the property as a settlement.

Elizabeth Burkeen said that a grocery should had been here already.

“So, we’re looking forward to it,” Burkeen said.

​ John Jones, resident, said that he must drive out of town to buy groceries and thinks doing that is inconvenient. He is excited that there will be grocery store in Marigny.
“It’s been a big inconvenience for the last 18 years,” ​ Jones said.