Confederate monuments to come down in May 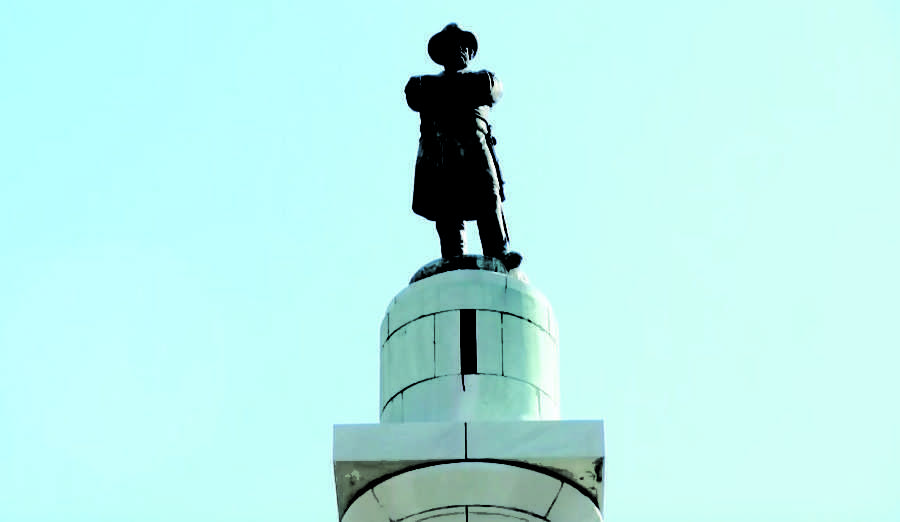 This comes after U.S. District Court Judge Carl Barbier and the 5th U.S. Circuit Court of Appeals ruled in favor of the city to taking the confederate monuments down.

Even after the recent appeals court ruling, representatives from both sides of the issue, Take ‘Em Down NOLA and the Monumental Task Committee, are still at odds.

Geary Mason, vice president of the Monumental Task Committee, answered that the monuments should remain.

“We’re trying to preserve the historic integrity of the city,” Mason said.

Michael ‘Quess’ Moore, one of the founding members of Take ‘Em Down NOLA is advocating for the confederate monuments’ immediate removal.

“Take down Robert E. Lee and all symbols of white supremacy,” Moore said.

Both the Monumental Task Committee and Take ‘Em Down NOLA are fighting for what they believe the city should do in this controversial issue. Three weeks ago, the 5th Circuit Court of Appeals ruled to remove the Robert E. Lee Monument in Lee Circle, the sculpture of General PGT Beauregard at the City Park Entrance, the statue of Confederate President Jefferson Davis that sits in Mid-City and the Liberty Place Monument at the foot of Iberville near Canal Street.

“When you have an ambiguous environment that sanctions and sponsors the devaluation of a group of people, by praising those who devalue them, then that itself is problematic,” Moore said.

Mason said that monuments like the Robert E. Lee statue in Lee Circle are part of history, and they don’t want them to be taken down.

“The city all of a sudden, because of a wave of political correctness or for whatever reason, thinks that certain monuments that have been up for a hundred years or more, should be taken down,” Mason said.

But Moore and Take ‘Em Down NOLA disagree, saying that history or not, they need to come down.

“For the same reason that you would never put up a statue of Hitler in Germany or any predominantly Jewish residing place. This is a predominately African-American city, has been for some time now, 60 plus percent, and there’s no reason we should have to ride around in the presence of psychological terrorism,” Moore said.

He said that there is so much history that is worthy of their praise.

“It’s really beneath us to celebrate genocide and murder,” Moore said.

But Mason and the Monumental Task Committee believe that we have to learn history, to prevent us from making the same mistakes we did in the past.

“The history is what it is, and like I said it’s sometimes painful, but it makes us who we are,” Mason said.

Mason is not convinced that the monuments will go through the removal process and be down in May.

“We think the monuments are going to stay up for another hundred years,” Mason said.

The Monumental Task Committee has a 3-point plan of what they would like to see happen instead of taking the monuments down. The first point is to practice tolerance and respect towards the monuments; the second is to get interpretive plaques near the confederate monuments to better explain them, and finally to build even more monuments in various locations around the city.

However, Mayor Landrieu is already collecting bids from contractors to remove the statues. And he plans to take them down this May.