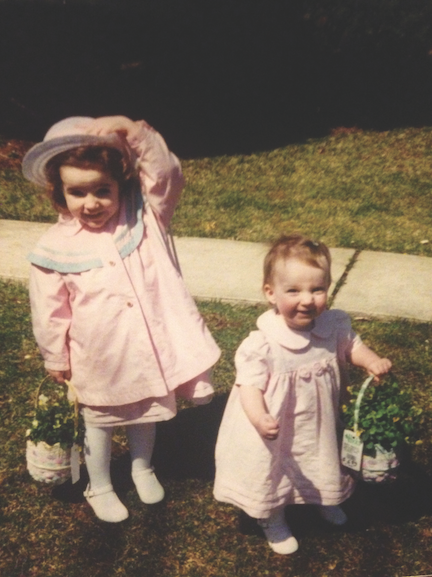 With Lent nearing its end, Loyola students are gearing up for Easter, with different denominations of Christianity celebrating in varied ways.

The holiday is celebrated 40 days after Lent begins, not including Sundays, and commemorates Jesus’ resurrection after he was crucified. It is the culmination of “Holy Week,” which includes Palm Sunday, Ash Wednesday, Holy Thursday and Good Friday.

Caroline Fenton, English junior and Roman Catholic, considers Easter to be an exciting time of the church year. Many of her Easter memories revolve around attending Church services, though her family has their own traditions too.

“On Holy Thursday, we attend evening Mass together and then watch Jesus Christ Superstar, which is a bit of a silly tradition. We also attend Good Friday Mass, which is an interesting one because there’s no Eucharist, and then on Easter Sunday, we exchange candy and small gifts, attend Mass and go out for brunch. We also make a big show of indulging in whatever it is we gave up for Lent,” Fenton said.

Fenton said her family also observes three hours of silence on Good Friday and gives up technology, in order to pray and reflect on Jesus’ suffering. Good Friday is traditionally remembered as the day Jesus died.

Fenton, who has celebrated Easter at the same church since she was born, is breaking tradition this year, as her family is coming down to New Orleans to be with her.

“Easter was always exciting when I was younger because I got to get dressed up and wear a bonnet. As I got older, I came to understand the significance of the holiday within my religion,” Fenton said.

In 2013, Fenton had the opportunity to hear Pope Francis speak in Rio de Janeiro about Jesus’ suffering on the cross and how it relates to all of human suffering.

“I took that very personally, seeing Christ as being with me when I felt most alone. More than anything, Easter has become for me a sign of hope for the future, a promise of joy to follow suffering. It is a time that reminds me of my place in creating that joy,” Fenton added.

Nicole Miller, theater freshman, is a non-denominational Christian who said she sees her spirituality as a way to have a relationship with Christ, as opposed to participating in any organized religion.

“To me, a lot of Catholic Mass, or really any super structured religious service, becomes too much about routine, and eventually you don’t even think about what you’re doing or why. I prefer discussion like, ‘Why are we celebrating Easter and why should it still matter?’ Last year, I attended a service more like that at an Evangelical Free church, and I liked it a lot more,” Miller said.

Miller, who didn’t grow up in a religious home, said she never felt like she was able to delve into the deeper questions surrounding Christ and the meaning of Easter. It was about two years ago that she began to come into her faith, and she said she is still on a path of exploration.

“Easter for me is just another day to be reminded of how Jesus died for my sins and how loved I am by him,” Miller said.