Quidditch team sweeps out the old for a fresh start 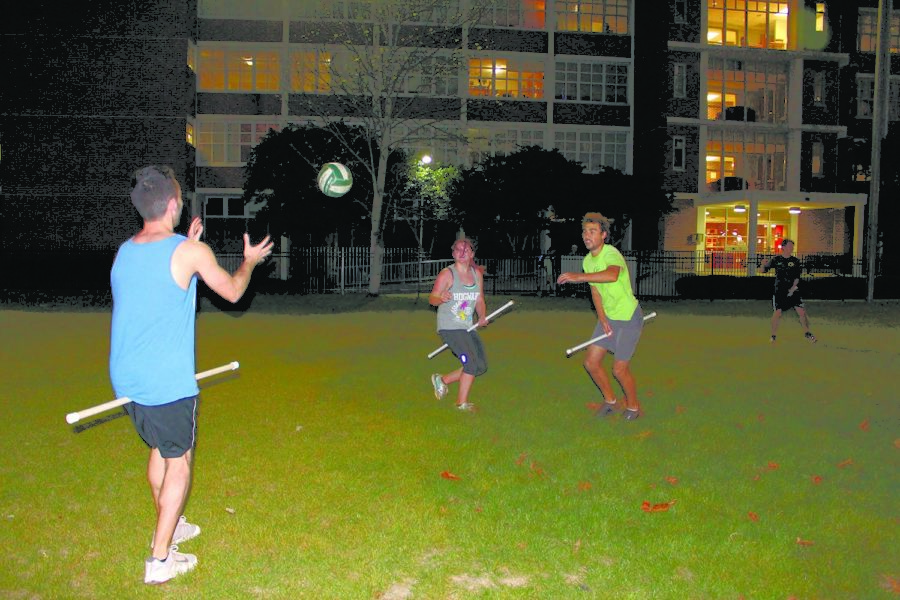 The quidditch team is looking for some magic to help rebuild their program to return to their past success.

Sebastian Gomez, biology sophomore and team captain, said their main priority is to get numbers out to practice so they can compete in tournaments.

“Our number one goal right now is to build our roster. We don’t have as many players as we’d like, and it’s hard to go to tournaments with so few players,” Gomez said. “It wears you out real quick.”

Currently, the quidditch team collaborates with Tulane’s team and scrimmages with them to help accommodate the low turnout of players. Although the team is not actively participating in games or tournaments, they said they continue to train weekly and are recruiting new members for next season.

While the team acknowledges their priority to get numbers out to practice and build their roster, Shannon Garrety, English and business freshman, and her team members hope to break down the stereotypes that come with the sport.

“It’s a co-ed, full contact sport without size restrictions. You’re allowed to play against anybody, and no one is going to treat you differently because you’re small or you’re a girl,” Garrety said.

This group combines their love of the Harry Potter series with their passion for the game.

However, the sport isn’t a breeze as one might imagine.

Jeremy Gretzer, theater sophomore and team captain, said that quidditch isn’t all fun and games, and it challenges you physically.

“I’m breaking a sweat right now. My legs are shot from running constantly and doing all these types of drills,” Gretzer said. “You’re gonna be sore when you first try it. You’re gonna work out muscles you’ve never worked out before. You’re gonna be using all your body.”

Griffin Parr, music industry freshman, attributes the low turnout and lack of interest due to some people’s preconceived notions, but the team is continuing to recruit new members.

“Recruitment hasn’t been at its best. We haven’t had huge numbers come out. But I think that’s part of the ‘oh it’s just a nerd sport’ mentality,” Parr said.

While the team is trying to break down the barriers that hold them back from getting more members, they urge students to give it a chance.

“All you have to do is just show up to one practice and try it out,” Parr said. “It’s really hectic, yet so fun, and you kind of get addicted to it. It’s really cool.”