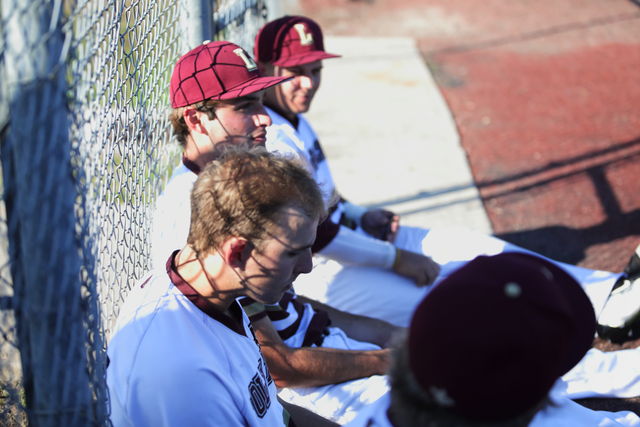 Finance junior Jason Roussel and teammates taking a break in between games against Louisiana State University-Alexandria this past tuesday. The Wolf Pack is set to play Blue Mountain College this friday March 24, 2017. Photo credit: Marisabel Rodriguez

In their last home series of the season, Loyola honored seven senior members of the team for their years of play.

The festivities were spoiled early on as Bethel scored 8 runs in the first five innings.

The Wolf Pack tried to bounce back with runs in the fourth and fifth innings but were kept scoreless for the remainder of the game.

The sweep marks the second time this season an SSAC opponent has left Loyola without a win.

With a 21-29 overall record, the team will travel to Middle Georgia State to face off in the last series of the regular season.