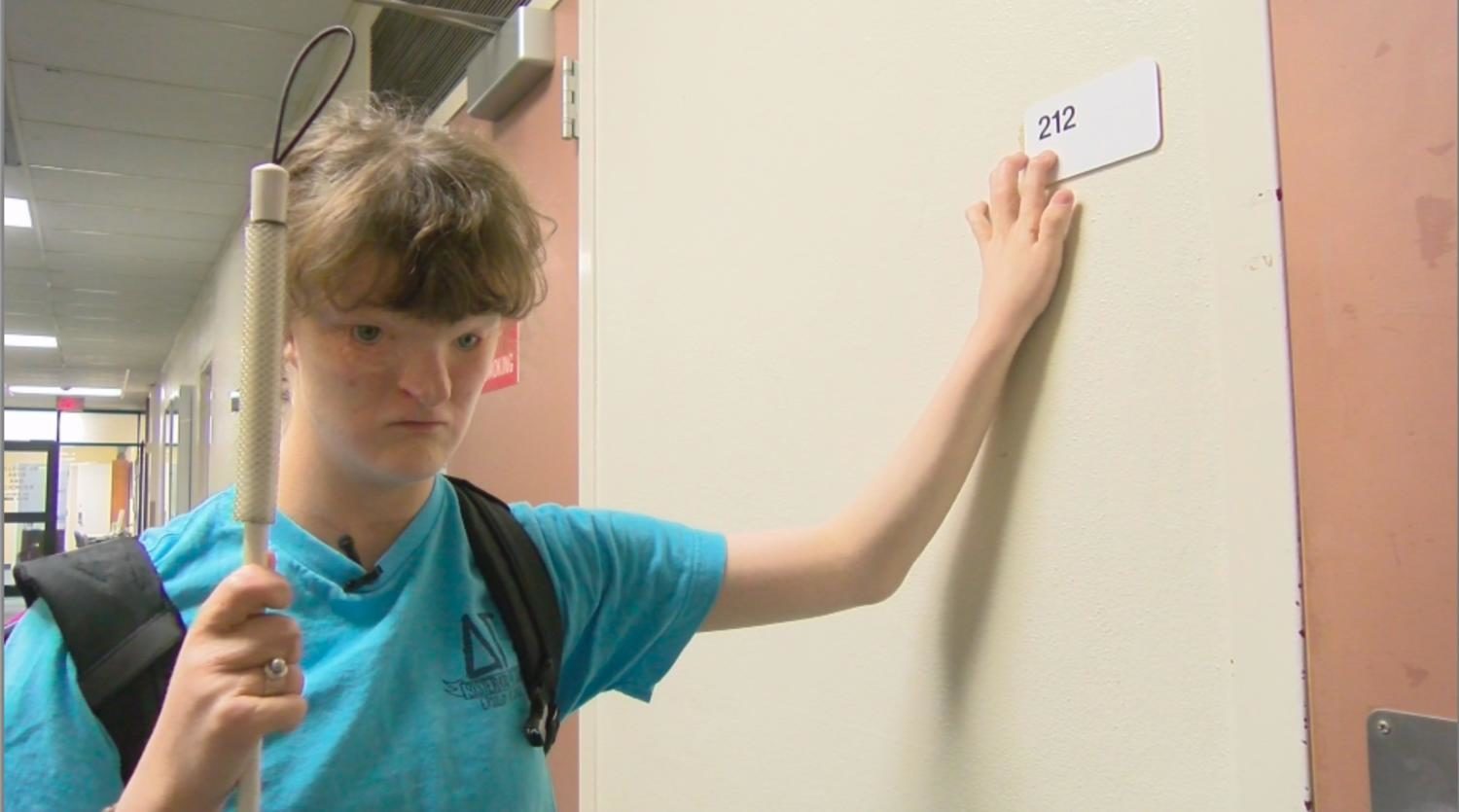 Sophie Trist, English writing freshman, uses the new Braille signs placed around to read. After various complaints to campus disability services and talking with some peers involved in SGA, they were able to get Physical Plant to make new classroom signs that included Braille.

Pointing her cane from side to side, Sophie Trist, English writing freshman, uses it to guide her around campus.

However, she does not let her disability prohibit her learning experience.

“I was actually one of the lucky few. I started learning Braille when I was 3 years old. There’s alternative techniques and ways to do things and I want to be a productive and positive person. In high school I was in gifted, honors and AP classes,” Trist said.

Apart from attending classes at Loyola, Trist is also heavily involved with on- and off-campus organizations due to her independence.

“I am a member of Delta Gamma sorority, and I also helped charter a club called Loyola Students for Life. I am also president of the Louisiana Association of Blind Students.”

She strives to make sure that people with visual disabilities have equal access to education. When Bobet Hall was one of the only academic buildings that did not have Braille on the classroom signs, she knew she needed to say something.

After various complaints to campus disability services and talking with some peers involved in SGA, they were able to get Physical Plant to make new classroom signs that included Braille.

Troyjea Kellup, political science sophomore and senator for the College of Arts and Sciences, was among one of the SGA members who pushed for the change.

“I had a class, and she came in and she interrupted my class because she couldn’t find hers. Immediately, I was like OK this is a problem she has to deal with this every day,” Kellup said.

Prior to the Braille classroom signs, Trist said she counted the doors from the stairs to find her classroom. Over the summer she would come to campus to get acquainted with navigating buildings and classrooms before it got crowded with students.

“People are very nice and they will help you out but it is a matter of trying to be as independent as possible,” Trist said.