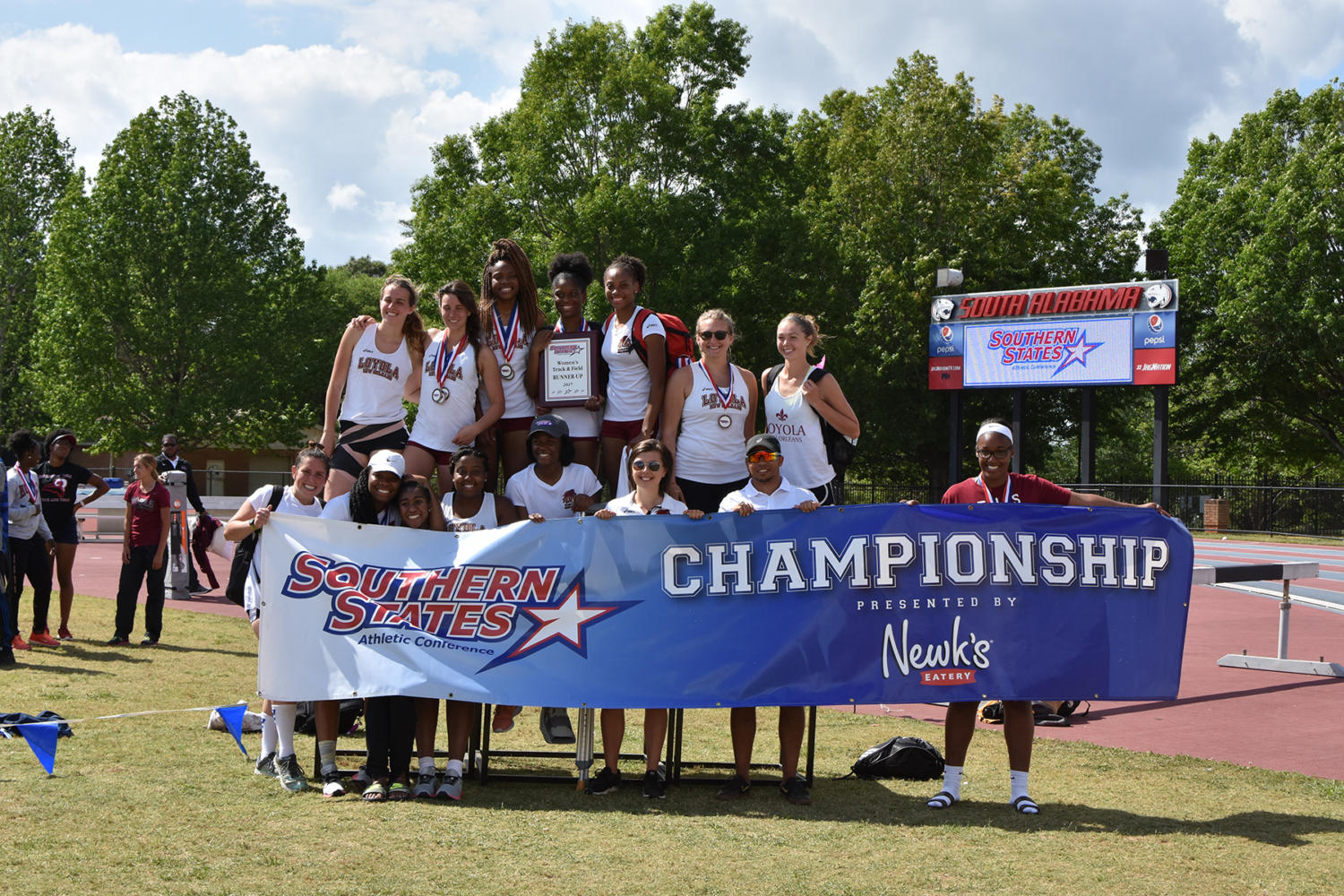 The women's track and field team celebrates their runner up placing at the conference championships. The Wolf Pack had 12 athletes earn conference awards. Photo credit: Courtesy of Loyola Athletics

In the annual event, the Loyola track and field team sported 17 athletes named to the All Conference teams at the SSAC Awards.

Freshman Jarrett Richard was named 2017 Freshman of the Year and Third Team All-Conference in the 100 meter dash.