Cassidy-Graham healthcare plan would see cuts to Medicaid in Louisiana 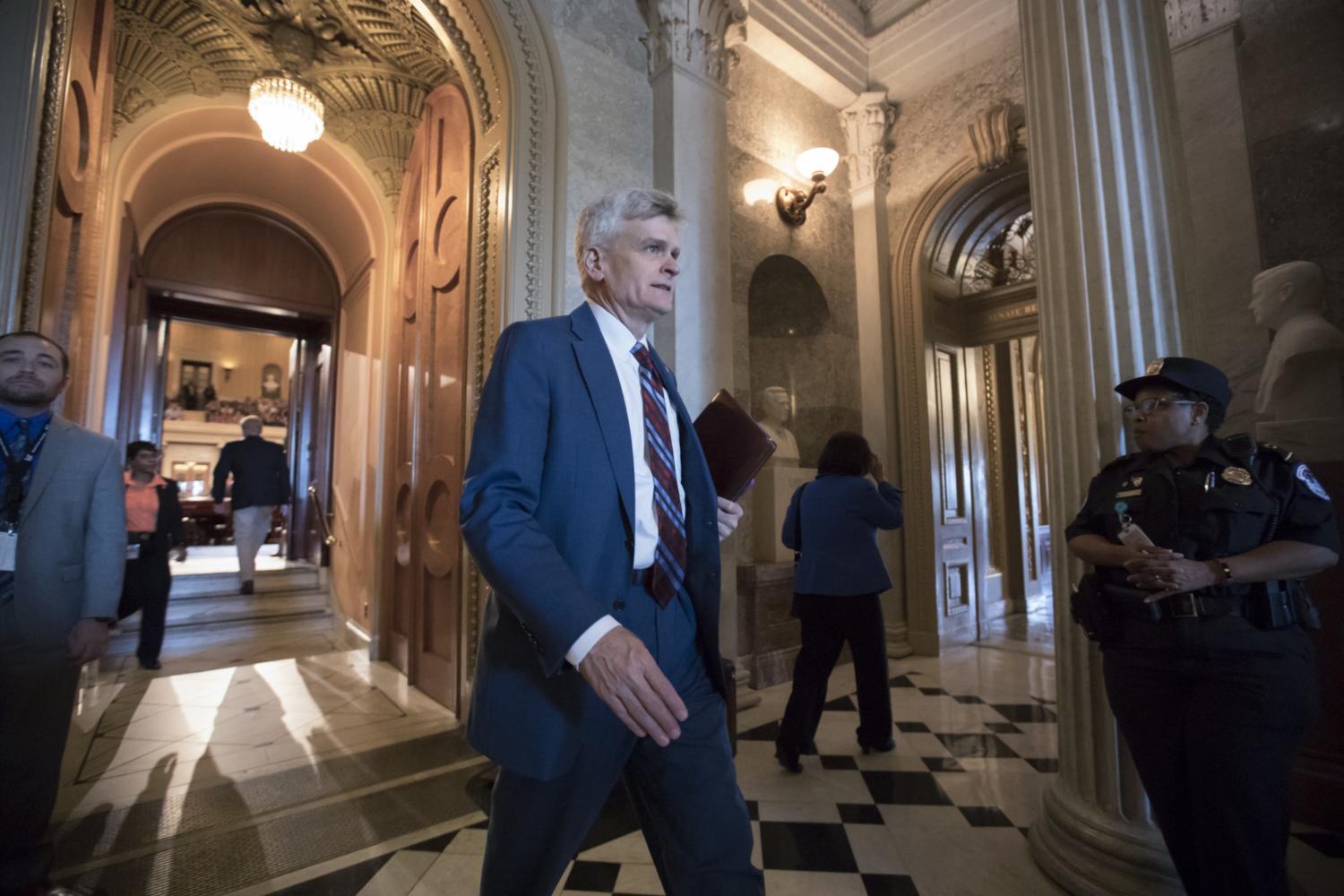 Sen. Bill Cassidy, R-La., and other senators, gather for final votes on Capitol Hill in Washington, Thursday, Aug. 3, 2017. After the GOP health care bill collapsed last week due to opposition within Republican ranks, the Senate worked in rapid succession this week as the chamber confirmed a new FBI director, sent President Donald Trump a key veterans health bill, and cleared a batch of lower profile nominations that have been bottled up by Democrats. (AP Photo/J. Scott Applewhite) Photo credit: Associated Press

The recently proposed “compromise” bill led by Senators Bill Cassidy (R-La.) and Lindsey Graham (R-S.C.) has gained traction among conservative lawmakers. Cassidy and Graham argue the bill is a way to return power to states, giving local governments more control over how they spend federal dollars.

According to a report by the Center on Budget and Policy Priorities, Cassidy and Graham’s bill would transfer much of the healthcare burden to the states through eliminating the Affordable Care Act’s marketplace subsidies and enhanced matching rate for Medicaid expansion, then ultimately replacing the money that would have been used for Medicaid expansion with block grants whose funding would decrease each year and then disappear altogether after 2026.

These block grants (grants from the federal government that a local authority can allocate to a wide range of services) could be set based on overall past state needs or based on the number of beneficiaries in the state.

The CBPP report also estimated that the plan would convert Medicaid’s current federal-state financial partnership to a per capita cap. By switching to a per capita cap, necessary federal Medicaid funding for seniors, the disabled and low income families with children are at risk to be cut.

According to the Louisiana Department of Health, Orleans Parish by itself has over 156,000 people currently enrolled in Medicaid — 58,000 of which are children including 18,000 children with disabilities.

The 430,000 low-income adults in Louisiana who qualified for Medicaid expansion would lose their coverage by 2021 under the proposed repeal, plus the six out of every 10 children in Louisiana that receive coverage through the program.

Louisiana Governor John Bel Edwards voiced his distaste for the proposal in early August during a press conference.

“Louisiana would be uniquely penalized in the calculation of federal spending on state Medicaid programs under the Senate GOP’s proposed health law repeal,” Edwards said.

Judith Solomon, the vice president for health policy at the Center for Budget and Policy Priorities, voiced her opinion regarding the new proposal in the CBPP report.

“No one should be fooled. The Cassidy-Graham plan is just another ACA repeal bill and would have the same harmful effects as the other failed repeal bills, including costing millions of people their health coverage. Despite claims to the contrary, there are no winners under this plan: all states would eventually face deep and growing cuts to federal health coverage programs,” Solomon said.