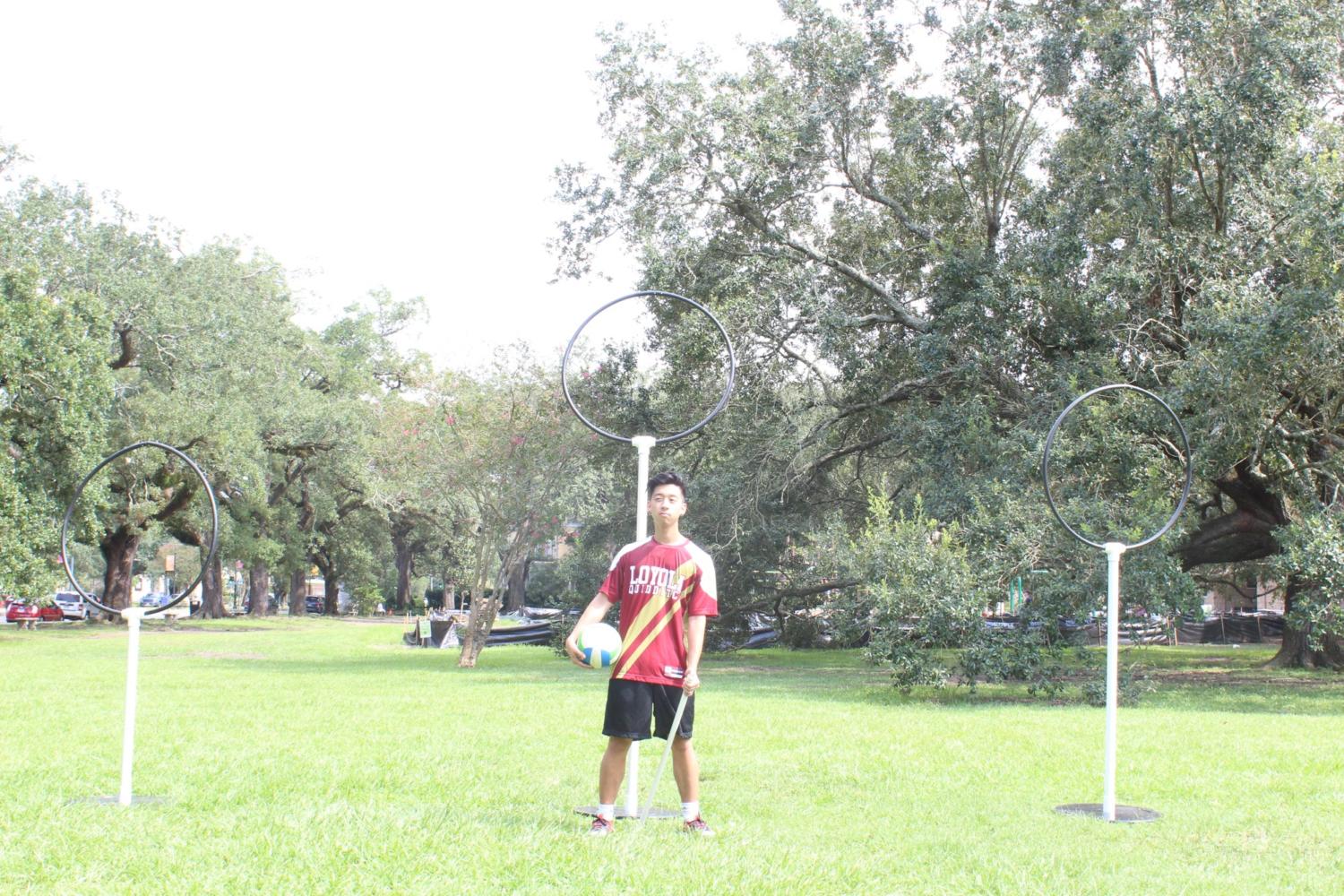 While it was not as glamorous as chasing a golden snitch on a Nimbus 2000 for House Gryffindor in the Hogwarts Quidditch Cup, playing in a practice for Loyola’s club Quidditch team is probably as close as I will ever get.

The practice itself started off like any other sport: a quick warm-up run and the standard team stretches, but the unique character of the fantasy-inspired sport became apparent when we got out the “broomsticks” (made of PVC pipe).

One thing that I quickly found out is you need to be comfortable feeling silly when running around with a plastic stick between your legs. Though it is a difficult skill to master, the different drills that the team ran did help me get a hang of it.

And somewhere between running from cone to cone throwing volleyballs, or “quaffles,” and simulating in-game scoring sets to try to put a volleyball into a plastic ring, I realized, “Shoot. This is actually really fun.”

I liked the creativity of various scoring plays that comes from the looseness of the “rules.” I liked the quickness and agility aspects needed of different offensive and defensive positions in the game. I even liked learning how to be good at running and throwing dodgeballs with a stick between my legs.

Slowly, but surely, quidditch went from being a quirky Loyola club sport into something that I really wanted to be good at.

Also as a reporter who has covered the quidditch team for over a year now, one of the aspects of the sport that players talk most about is the camaraderie of the game. Now I can see why. Not only was the strong bond that veteran players had with each other undeniable, but the leaders of the team, like team captains Alex Pucciarelli and Sebastian Gomez, were open and patient with the newer players (like me) to help them learn the game.

I guess great friendships are bound to happen when a group of athletes are so open to the creativity, goofiness and fun of a sport like quidditch.

So while a lowly muggle like me did not get the chance to fly or chase enchanted golden orbs whizzing about, I was still able to find some magic in Audubon Park with the quidditch team.

It is understandably difficult as an outsider looking in to get past the visual and physical goofiness of it all, but once you do, you may want to give the — formerly — fictional sport a try yourself.

Verdict: Still definitely not the first thing I would try in the Wizarding World