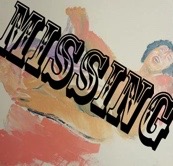 Zoe Blair-Schlagenhauf reports er artwork missing on the first day of school. Others in Loyola's Department of Art also attest to having this experience.

Three weeks ago, Zoe Blair-Schlagenhauf, studio art major, walked into her Monroe Hall studio on the first day of her senior year to find three of her pieces gone, her desk re-organized and only a small piece of paper with the letters “D-E-D-O-I” written on the back.

She reported her work stolen three days later on Aug. 24 to University Police but doesn’t except her projects to re-appear anytime soon — something all-too-familiar for Loyola’s studio art students.

“This is my studio space. This isn’t even a public gallery space,” Blair-Schlagenhauf said. “That means somebody I know who has a code to the door or a friend of somebody who has the code to the door came in and took them.”

Hours of work went into Blair-Schlagenhauf’s missing pieces — a painting, a sketch for a painting and a book filled with origami — and while the fourth floor Monroe art studios are meant to be a personal space for students, this incident makes them the newest scene of art theft on campus.

Blair-Schlagenhauf and other studio art majors have previously had their work taken from the Danna Center, the first floor of Monroe Hall and now their own private studios. Stolen off tables or simply taken down from the wall, their projects can take a semester to complete but be gone in a moment.

Two semesters ago, Blair-Schlagenhauf and June Gehringer, A’17, spent almost 40 hours on a sculpture entitled “Trash Heart” for their class. Once completed, it was displayed in the gallery located in the basement of the Danna Center, only to be stolen off a table within a week.

The same semester, another of Blair-Schlagenhauf’s works called a diptick — two pieces meant to go together on separate pieces of paper — was taken off the gallery wall. The next spring, the diptick re-appeared in the gallery, wrinkled and dented. She believes it was probably hanging in a student’s dorm room before being returned.

“I think it’s just other students that think it’s not that big of a deal if you take someone’s work, but they don’t understand that hours go into it,” Blair-Schlagenhauf said. “If someone really wanted it, they could have offered to buy it.”

William Kitchens, professor of printmaking in the Department of Art, says the program is no stranger to art thefts and hopes that culprits come to their senses when things go missing.

“There have been thefts in the past. Students have lost supplies and, on occasion, artwork,” Kitchens said. “We lost several silkscreen prints a year ago, and I posted flyers with pictures of the stolen work and the prints appeared a day later in the hallway near where they were stolen. If a student steals artwork and hangs it up in their room, someone will eventually see it.”

University Police said it investigated the matter and determined the student was not at fault and that they took the art since it was out in the open and had assumed it was available for taking.

According to Kat Dilonno, studio art junior, Kitchens and her professors are flexible when it comes to these incidents when they grade.

“They’re really understanding. They get it that it’s so many hours of work taken so they don’t penalize anyone for it,” Dilonno said.

Dilonno has had both sculptures and paintings stolen out of Monroe Hall, work that had to be turned in for a grade and was taken right off their pins on the wall. When students display their art, they risk walking in the next morning to see it gone.

“I have no idea who would do it, but I’d put money on that it’s nobody in the art program,” Dilonno said.

Following Blair-Schlagenhauf’s back-to-school thefts, she suggests the door to the senior studio has the code changed. While she thinks the mysterious letters “D-E-D-O-I” are nonsense, she plans to buy a lock and start to only keep her belongings in cabinets, as she waits to hear back from University Police.

According to the safety tips located on the Public Safety and University Police section of Loyola’s webpage, students should immediately notify the police if a crime occurs on campus or in off-campus housing.