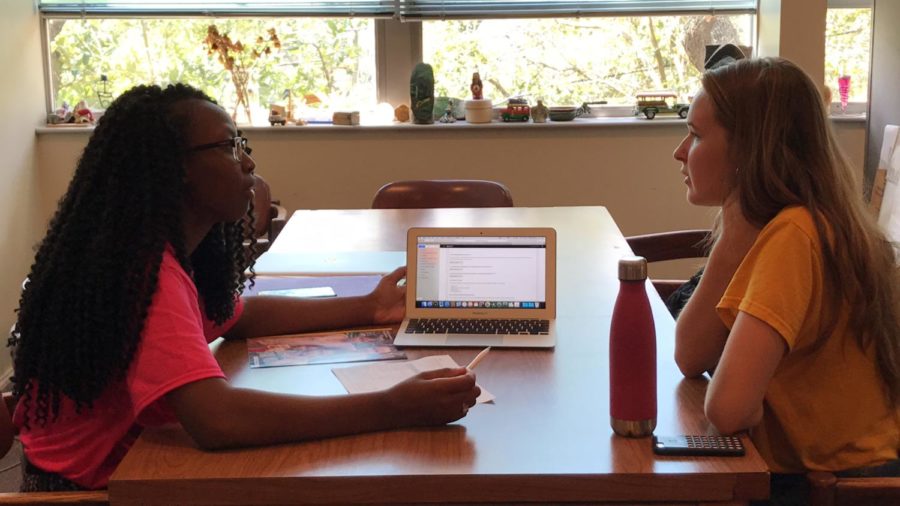 Seeing the world, being immersed in a new culture and honing language skills are just a few of the opportunities students can expect from studying abroad. Although 30 percent of Loyola students choose to go abroad to enjoy a new experience, the university’s international studies department hopes to raise the percentage of students of color participating in the program.

Courtney Graves, marketing senior and peer adviser for the study abroad office, is excited about helping students since she is a woman of color who has traveled abroad. Graves spent her junior year at Pontifical Catholic University of Rio de Janeiro in Brazil.

“We are currently working on a marketing campaign in the office to increase the participation of minorities in study abroad programs,” Graves said.

Debra Danna, director of the Center for International Education, agreed that growing interest among students of color to study abroad is an important issue that the department is working on.

“We have been working on diversifying the population who studies abroad for a long time. We are not where we should be yet, but we are getting better,” Danna said.

After doing a review of the program’s numbers, Danna said that, for the 2016-2017 period, of the undergraduate students who went abroad on academic programs or with a faculty member, about 34 percent were students of color.

According to the Institute of International Education, only 5 percent of students who study abroad during college are African-American with the rest being other races. In the institute’s 2015 annual report, they expressed their interest in diversity and growth in U.S. study abroad programs through their Generation Study Abroad initiative, which works with a variety of stakeholders to provide financial support through scholarships.

Lack of financial support paired with highly competitive scholarship applications for travel make some students drop their thoughts of traveling to their dream destination, said Alliciyia George, A’17.

During her junior year in the fall of 2016, George made the decision to study abroad at Pontificia Universidad Católica del Ecuador. George said that her admiration for travel and her desire to broaden horizons beyond her hometown of Zachary, Louisiana influenced the decision.

“I traveled to other states and cities but never out of the country, so I chose to study abroad. That, paired with the fact that it was affordable and I could fulfill my degree while traveling, helped me make my decision,” George said.

Prior to enrolling at Loyola, George said the university appealed to her because they gave all students the opportunity to study abroad. When she finally attended and saw how the school worked to put a program together to learn in a new country, she was all in. She said that the group of students she studied with were a diverse bunch.

“We had a mixed group with six of us in total. Three of us were African-American and three others were white. There were three females and three males. These are all of the people that applied, so when it comes to applying, it is all about giving minorities that push,” George said.

From research she has seen, however, George said minorities are not applying to go abroad as often as others, and that makes it hard to raise the numbers.

“Some feel Loyola has hoops that students must jump through to study abroad, but it is not to hinder people — it shows that you want to work for it. I don’t think it is unfair, but people get discouraged by that reason or say that they cannot afford it and therefore apply less often,” George said.

Rodriana Edwards, psychology pre-med major and peer adviser in the study abroad office, said that one of the reasons she applied was to represent those minorities that are underrepresented within the program.

“After I met the two Korean exchange students that went to Sogang University, they really encouraged me to apply and visit their school. So I did,” Edwards said.

Edwards studied in the fall of 2016 at Sogang University in Seoul, South Korea. After returning to the U.S., she took the offer of being a peer adviser in the Center for International Education office where she shares with students of color the possibilities of studying abroad.

“I want to let students know that if you’re worried about finances, or even courses, that if you come and make an appointment with me, that is the first step in learning about it. You can overcome those obstacles, no matter the case, to follow your dreams of going abroad,” Edwards said.

According to Edwards, having a fellow peer help guide students with their process of going abroad can be of significant assistance, since they feel more comfortable speaking with someone who has successfully gone through the program.

“White women dominate when it comes to studying abroad,” Danna said. “So it helps when I have African-American women in the office because they say ‘Well, they look like me’ and realize they too can accomplish that goal. Representation matters.”

Danna said that her office has always marketed to students of color for that reason and ensures that students have peers who can relate to their situations. Both she and the advisers emphasize that everyone has the opportunity to travel.

After traveling to Taiwan, Juli Smith, A’17, wrote a short letter to students of color by sharing her perspective on different cultural norms and discrimination while abroad as an African-American woman. Serving as a peer adviser, Smith gave advice to those nervous about their new experience.

“Our experiences abroad are going to be different. Whether you directly experience discrimination or one of your new friends does, learn from it. We’re the generation that gets to change this, domestically and internationally,” Smith said.

As for the advice that Danna gives to those interested in embarking on a foreign journey, she said the first step is to plan early.

“The very first time you meet with your academic adviser, tell them you want to go abroad. That will allow you to see which requirements you can fulfill and help you find a university that fits best,” Danna said.

She also said remaining flexible and avoiding the myths that surround study abroad programs is important.

“I encourage students to remain persistent and simply come talk to us about it. We will figure something out,” Danna said.