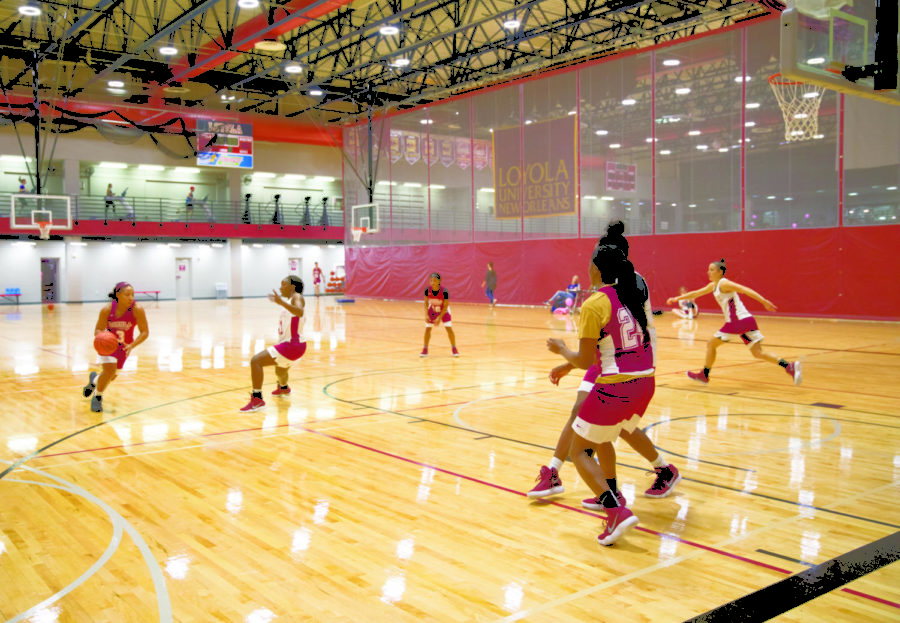 The women's basketball team practices at The Den. The team hopes to progress on a successful season last year. Photo credit: Julia Santos

Coming off a Southern States Athletic Conference title, an appearance in the National Association of Intercollegiate Athletics tournament and head coach Kellie Kennedy winning Coach of the Year awards, the Wolf Pack team has been ranked second in the SSAC preseason coaches poll, behind only rival Bethel University.

With a record-setting 25-5 regular season mark last year, the women’s squad hopes to not only replicate that this year but also move forward to a bigger goal: winning championships.

“We are trying to win,” Kennedy said. “We always have the same expectation. We will try to win championships again this year: regular season, tournament championships.”

The focus of winning is ingrained deep in the program’s culture, as the team is led by Kennedy, the coach with the most wins in Loyola history, and a streak of four consecutive appearances in the NAIA national tournament.

As a senior guard on the team, Miller was named First Team All-SSAC last year as she helped propel the team to success. And she plans on this year being no different.

“I plan on building on what I was able to do for my team last year and hopefully lead us to a championship,” she said.

Even with her experience and talent, though, she still feels as though she is part of a bigger unit.

“There isn’t just one leader. I feel we hold each other accountable as a team and make each other better. We build each other up and don’t allow anyone to fall short,” Miller said.

The women’s basketball team kicks off its season Oct. 26 at home against cross-city rival Xavier University at 6 pm.