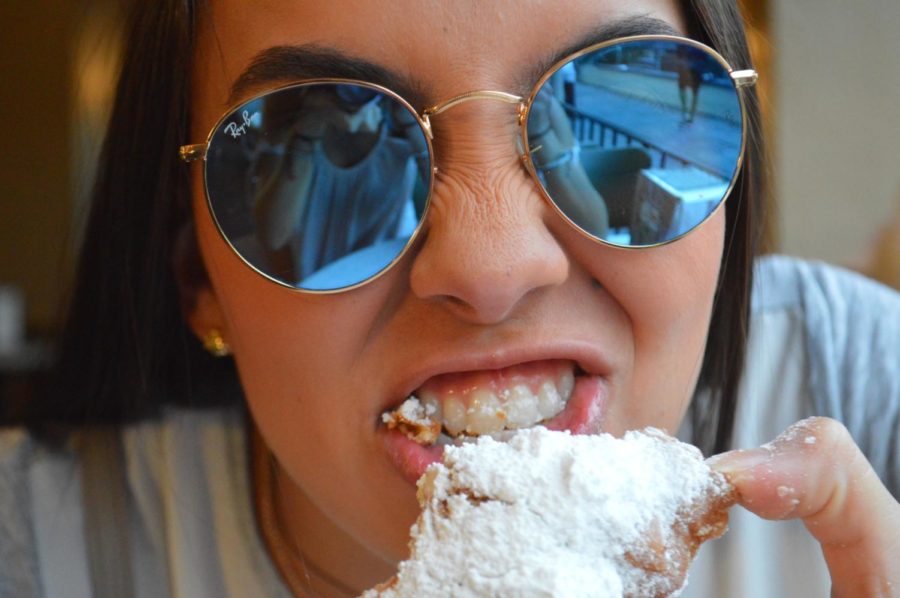 There is more to beignets than fried dough and sugar. The second annual Beignet Fest, founded by Sherwood and Amy Collins, features spinoffs on the iconic sweet treat while benefiting the Tres Doux Foundation.

The festivals’ founders, Amy and Sherwood Collins, also began the Tres Doux Foundation to give grants to non-profit organizations who planned or tried to expand programming that helps children diagnosed with Autism Spectrum Disorder.

Amy Collins said that her background is in marketing and special effects, so instead of designing programs for children, she uses her skills to raise money.

The idea for Beignet Fest came about after Sherwood Collins attended the first King Cake Festival. Seeing the opportunity for a similar festival for another famed New Orleans dessert, he decided to found Beignet Fest.

“Let’s figure out another food item that is very good, that is very New Orleans and doesn’t quite have a festival yet. So I leaned towards beignets,” Collins said.

The beignet is a staple of New Orleans’ breakfast culture, a French dough pastry most often served hot with powdered sugar and chicory coffee.

Beignet Fest will include variations of the doughy treat such as seafood beignets, cheese beignets and even Oreo beignets. The festival prides itself on its diverse options for locals looking for something different from the classic powdered sugar and café au lait coffee pairing.

Hayden Aley, owner of Girls Gone Vegan, a participating vendor, shared how she had a great time at the festival last year and loved being part of an event that hopes to educate and bring the community together.

“Seeing where the money raised went, art programs, autism testing and a social skills workshop made it very easy to sign up to participate a second year in a row,” Aley said.

Luca Eats’ owner Darryl Cortello will also be participating and is excited to return to the festival with his reataurant’s very popular twist on the sweet: the Oreo beignet.

“They reached out to us again this year, and we will always support the Tres Doux Foundation. We’re going to make enough Oreo beignets to meet demand, and we’ll be back again and again,” Cortello said.

“I have met a new friend who has never had a beignet, and I am so excited to see their reaction when they take their first bite,” Ocon said.