Letter to the Editor: Pope Francis is my least favorite Pope 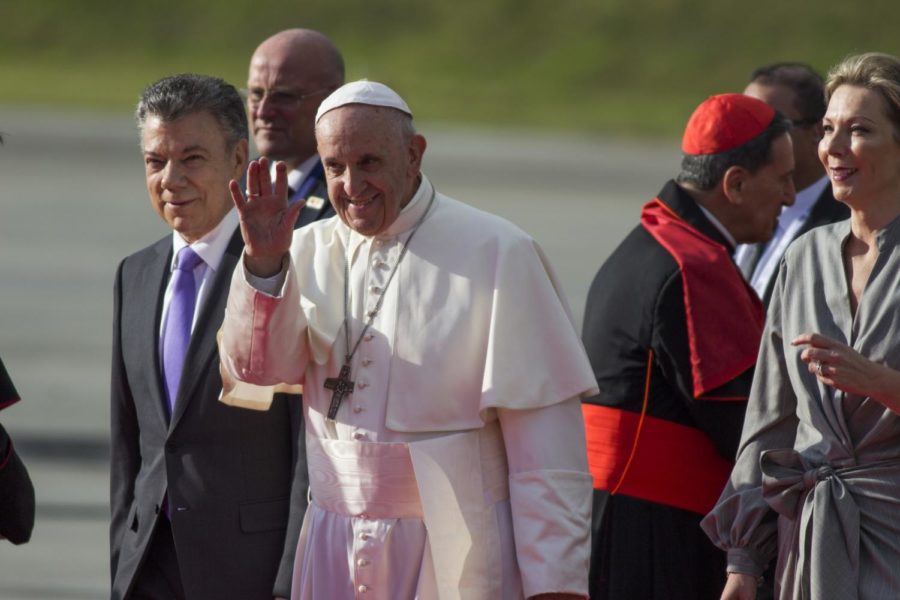 This is the only trigger warning that I will ever give. Does reading criticisms of the Pope make you question your Christian faith? Do you roll your eyes when someone mentions Cardinal Sarah?

If you answered “yes” to any of these questions, stop reading this and pick up a copy of last week’s Wolf. You can find your horoscope on page six.

When Pope Francis made his first visit to the U.S., The Maroon’s editorial board — at my urging and in my name as opinion and editorial editor — published the editorial, “Pope Francis is our favorite Pope.”

At the time, that seemed like the right opinion, especially for a cheeky liberal Catholic at a Jesuit university. I was wrong, and I have to publicly correct myself on this, just as I publicly contributed to what could end up being the biggest crisis in the Catholic Church since fourth century Arianism.

Consider the notorious footnote in his 2015 encyclical Amoris Laetitia, where he could have ignored Church doctrine to allow for couples living in adultery to receive Holy Communion. I say “could have,” because he left it open to ambiguity and has repeatedly refused to provide clarification.

When asked to settle the question by four cardinals — two of whom literally died waiting for an answer — he gave them the cold shoulder. We still have no answer on his pastoral advice, and now bishops have been given license to buck church doctrine. Bishops in Germany and Argentina now, as a policy, offer communion to people objectively in mortal sin. According to nearly any interpretation of Catholic doctrine, receiving communion when consciously in a state of mortal sin puts your very soul in jeopardy. See the contradiction?

At first, I thought that was odd but didn’t think much more about it. Then I heard Pope Francis say that “it is the Communists who think like the Christians.” Of course I should be charitable to the Vicar of Christ, but that doesn’t mean I have to get a lobotomy.

Communism has been roundly condemned by the Catholic Church for over half a century. Pope Saint John Paul II made opposition to communism the cornerstone of his papacy. Has Pope Francis ever read about the Soviet gulags, Mao’s Cultural Revolution or the North Korean famine? There is nothing Christian about Communism, and for Pope Francis to say so is at best an egregious oversight. At worst, it’s subjecting the altar of Christ to the altar of ideology.

Just a few decades ago, the Latin mass was the most sacred and powerful spiritual weapon in our arsenal. Today, though, young people who prefer that form of worship have their motives impugned by Pope Francis, who says that they are “too strict” and have a “rigid attitude.”

To many Catholics, especially in the U.S. and France, the traditional liturgy is a refuge from the novelties and “signs of the times” temporizing being imposed on the church. In light of that, it’s unsurprising that anyone in search for a liturgy that wasn’t invented by committee only half a century ago is considered strict and rigid to a liquid pope.

In a time when modernity, secularism and nihilism are as thick as the air we breathe, we should hold on to our two millennia of collected wisdom. “Push back against the age as hard as it pushes against you,” the late Flannery O’Connor wrote. Instead, Pope Francis has embraced the age and taken to the task of de-emphasizing and diluting that wisdom to make it sweeter to the modern palate.

My devotion to Christ and His Church does not come from the Pope kicking off his red shoes, washing a woman’s feet and kissing a bulbous man’s head. I previously applauded him for doing those things, but now I see that as a facade — mere tinsel and glitter. Creating an “image of a poor church” is nice, but without the foundation of tradition and orthodoxy, it’s as hollow as the modern world Pope Francis seems to take cues from.

Pope Francis’ pursuit of modernism and my erroneous praise of it is, in the words of a Cardinal from an age that will soon resurface, “I feel in conscience bound to proclaim, an incalculable error.”