Opinion: Without Haiti, there would be no Louisiana Purchase 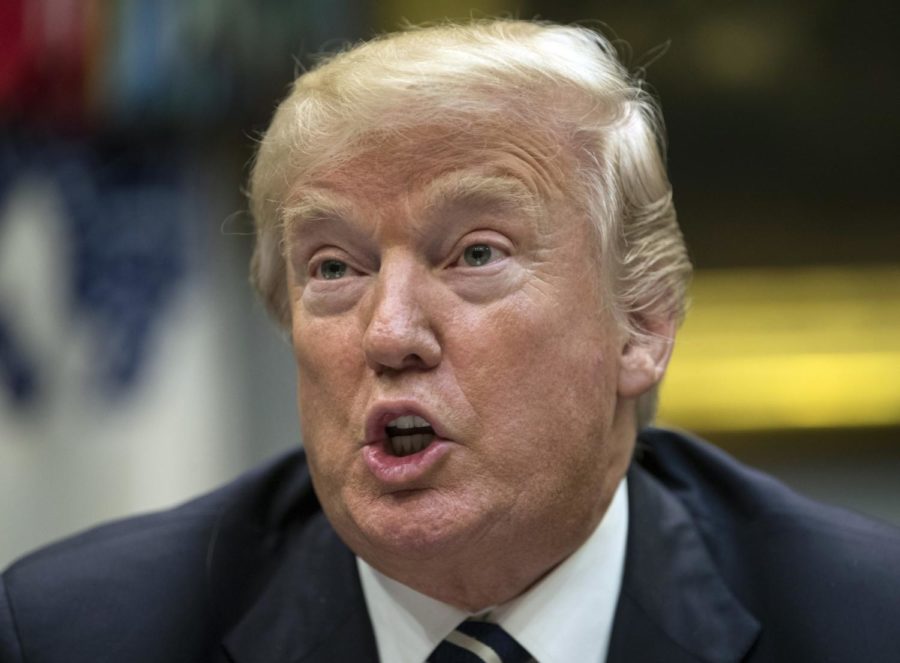 FILE - In this Jan. 11, 2018 file photo, President Donald Trump speaks during a prison reform roundtable in the Roosevelt Room of the Washington. Many parts of the world were shocked by Trump’s vulgar insult of Africa, at least once foreign-language news organizations figured out how to translate the epithet. Japanese media went with translations ranging from simply “filthy” to the more vivid “dripping with excrement.” Chinese state media went with “fenkeng,” which means “cesspit.” And some African outlets decided to use a word meaning “dirty countries” and leave it at that. (AP Photo/Carolyn Kaster, File)

It’s hard to believe that in the 21st century, our current president, who claims to be “genius” and “stable” uses racist, vile and undiplomatic language vehemently to describe a nation in which he’s deemed a ‘sh*thole’ country. This is the same nation that helped doubled the size of his country, The United States of America.

Trump’s use of vulgar and racist slurs to talk about my native country and my people, tells me two things about him: he is either ignorant when it comes to historical knowledge or simply ill-informed. By voicing his preference for Norwegians over Haitians and people from all 54 countries in the African continent, he sends a clear signal that he is anti-black race. As Steve Forester told the Miami Herald, “Now that all the emperor’s clothes have been stripped off, we see.”

Mr. Trump, The Haitian people have been contributing to make America a better place before the arrival of your father from Germany and your mother from Scotland. Haitian soldiers fought side by side with American soldiers to free the United States from British rule in the 1779 Battle of Savanah in Georgia. Haitian immigrants like Jean-Baptiste Pointe du Sable from my town St. Marc, Haiti, founded one of America’s largest Metropolitan cities, the great City of Chicago. One of the unintended consequences of the Haitian revolution was to enable the U. S. to purchase Louisiana, what will later be known as the “cheapest purchase in history.”

Furthermore, Trump in his role as the chief of the American diplomacy, has caused an irreparable diplomatic debacle by falsely claiming that all 54 African countries are “sh*thole” nations, including Egypt one of America’s strategic partners in the African region. U.S. ambassadors accredited to those African countries, Haiti and El Salvador were summoned by their host countries to explain the president’s reckless behavior.

Haitian people are hard-working people. Haitian people form the social, economic, intellectual and professional fabrics of America. Additionally, Haitians work for you at your Mar-a-Lago estate in West Palm, FL.

Using derogatory language to portray those Haitians and our brothers and sisters from many African countries and in the Latin America is outrageous, disgraceful, and is an insult and affront to the black race, an embarrassment to the American people, as well as a dishonor for the office of the presidency.

For those Americans, out there, please don’t let politicians mislead you on the current immigration debate. People from Haiti, El Salvador and African countries who are currently living under Temporary Protected Status AKA TPS have contributed billions of dollars to the U.S. economy and are parents of thousands of American-born children. According to the Center for American Progress, “If Salvadoran, Honduran and Haitian workers with TPS were removed from the labor force, the U.S would lose $164 billion in gross domestic product (GDP) over the next decade.” TPS holders pay taxes and have no rights to any government benefits.

Mr. Trump, if in your eyes, Haiti and other American states are sh*thole countries, you should believe that is partly the result of America’s “sh*thole” foreign policy towards the region. I think, Mr. President, you would agree with me that it is time for America to clean up its sh*t in the Americas, particularly in the Latin and Caribbean regions.