Fields leads the way to victory over Faulkner 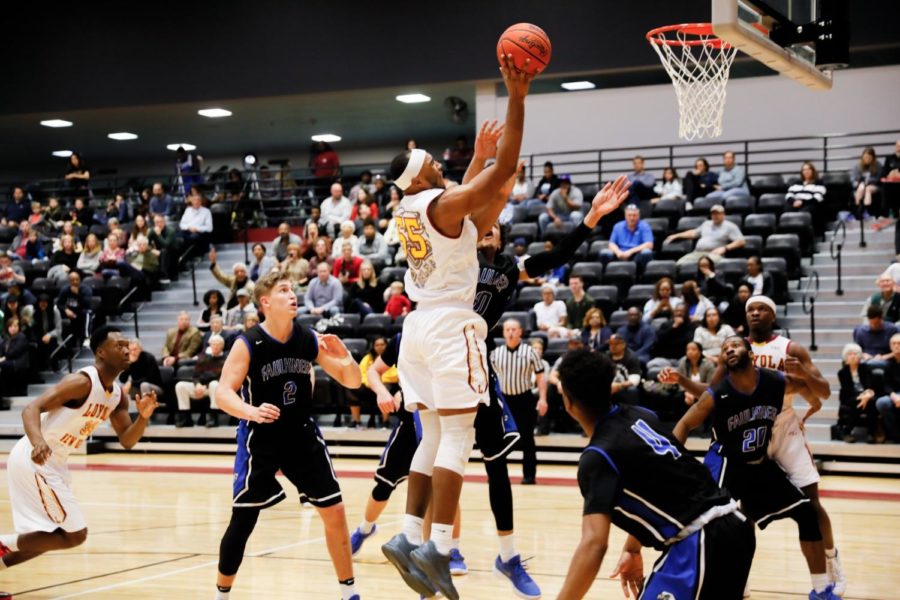 Senior, #55 Benjamin Fields, rebounds and shoots the ball. Fields led the team with a total of 14 points at the Faulkner University game in the den Jan. 20, 2018. Photo credit: Julia Santos

With his second consecutive double-double, Fields said he was solely focused on the team’s play during the Hall of Fame game.

Fields finished the game with 14 points and a career best 15 rebounds, making it his fourth double-double in the last five games.

Despite the offensive achievement, Fields praised his team’s defense.

“I feel like we played good team basketball and good team defense the whole game,” he said.

For the 2017-18 season, Faulkner’s 3-point shot rate stands at 35.8 percent on average, but the Wolf Pack’s defense brought the Eagles’ 3-point rate down to 28 percent.

“[Faulkner] is a very good shooting team, and I thought our guys did a very nice job of understanding what they do,” Hollowell said.

Fields also agreed with Hollowell on how well they defended Faulkner.

“We knew this was a good three point shooting team so we had to close them out and make them drive to the basket,” Fields said.

Loyola improves to 10-7 this season and 6-2 in conference play.