Column: How to do Mardi Gras the right way 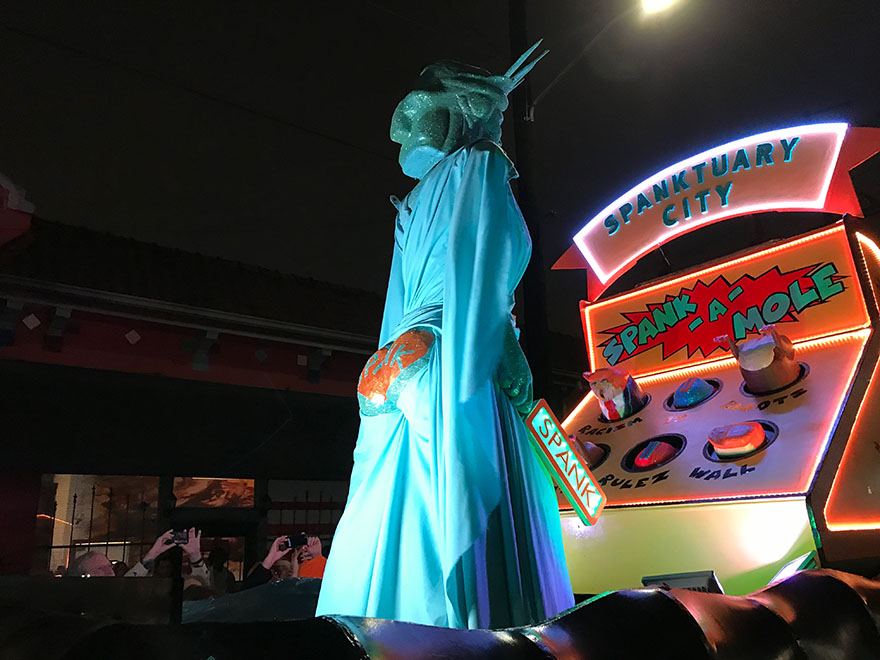 The parade has come to a halt. The frenzy of beads being pelted in your direction has passed, and instead the marching band is stopped right in front of you. The vibrations of the bass drum beats are rattling in your chest, and then it hits you: your sudden need for a bathroom. What are you to do? On your way to meet friends you passed some Uptown dad who was charging $10 to use the port-a-potty set up in his front yard, but that’s a pretty steep price. Public urination is a crime and after you pay the fine and bail, you might as well have just paid to use the port-a-potty standing in all it’s bright blue glory in his front yard. What are your other options? The bathrooms in restaurants are for patrons only, but luckily the city provides free restrooms along the parade route.

Think about transportation before the parade is over.

It could be argued that the worst part about Mardi Gras is having to get back to campus. With the streets blocked off after parades for cleaning, catching an Uber can be a nightmare, not to mention the fact that the rates are astronomical due to the high demand. Bringing a bike or a comfortable pair of shoes that you wouldn’t mind wearing while making the trek back to campus is the more economic choice and it may even be faster.

Be nice to workers.

Service workers are the backbone of Mardi Gras, from those who clean the streets to those who serve the drunken crowds their food. Because of them, when you wake up in the afternoon and return to St.Charles Avenue, the only proof that parades have passed are the colorful beads hanging from the oak trees like Christmas ornaments. Your awesome Mardi Gras experience is in part due to service workers, from the bartender serving you drinks and keeping you hydrated to the police officers making sure everyone is safe. Don’t let all the partying go to your head. You should act respectfully to those making Mardi Gras run functionally.

*Side note, while it isn’t illegal, please don’t try to pet the horses the police are mounted on.

Above all: use common sense.

“As long as you aren’t being stupid, you’re okay,” said Robert Bell, director of learning resources, native New Orleanian and member of the Skeleton Krewe. “I think that’s sort of a blanket statement, play stupid games win stupid prizes.” And there you have it. Be safe, make good decisions, and enjoy yourself.”