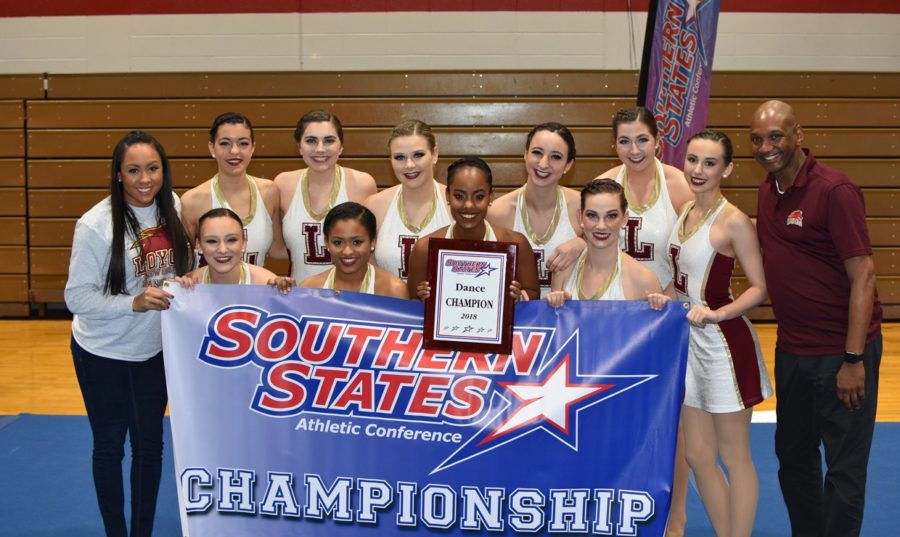 Loyola dance team wins the Southern States Athletic Conference title for the second year in a row on Feb. 3 2018. Loyola is the only school with the conference championship. LOYOLA NEW ORLEANS ATHLETICS/Courtesy.

The Loyola dance team took home the conference title for the second year in a row.

The Southern States Athletic Conference championship was hosted in Mobile, Alabama on Feb. 3. This is the second year the conference has held a competition for the sport.

Loyola holds the only championships after winning against their conference rivals this weekend.

Loyola beat the other two schools with a score of 90.3. Martin Methodist University had 74, and Brewton-Parker College had 67.6.

Victoria Wilson, physics junior, said that she feels that this was the teams a hard-fought and memorable victory.

“I feel like we, as a team, really pushed ourselves this weekend to perform what I would consider our best performance yet,” she said.

Wilson also said that the team will continue their success next year.

“As for the upcoming season, I think that the team and the coaches will continue to reach for amazing performances and strive for another conference championship,” she said.