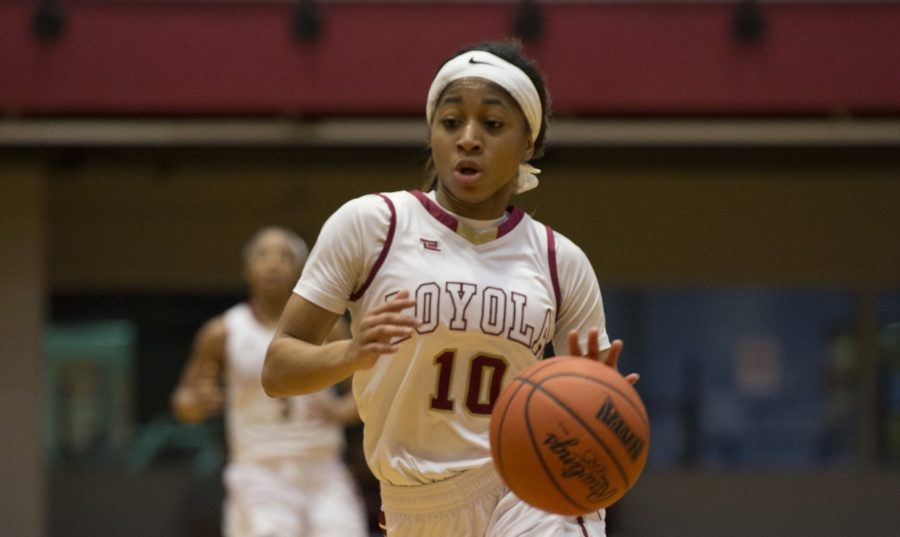 In their road trip between Brewton-Parker on Feb. 1 and Middle Georgia State University on Feb. 3, the Loyola women’s and men’s basketball teams finished with wins.

The women’s team went on a perfect 2-0 stint while the men’s team splits at 1-1.

The women’s team won 81-70 versus Brewton-Parker and 82-65 against Middle Georgia.

The team has an overall record of 17-4 and a conference record of 9-1, placing them in the No. 2 spot in conference standing.

Mass communication senior Zoie Miller moved her name up higher in the record books after the contests. She stands at eighth place in scoring in the programs history with 1,224 points and 10th place in assists with 285.

For the men’s, the team won versus Brewton-Parker 69-67 and lost against Middle Georgia in overtime, 81-86.

In their win versus Brewton-Parker, computer science junior Tre’von Jasmine notched a career-high 23 points to help the Wolf Pack defeat the Barons.

Next up for both teams is a home game versus Martin Methodist on Thursday Feb. 8 at 5:30 p.m.